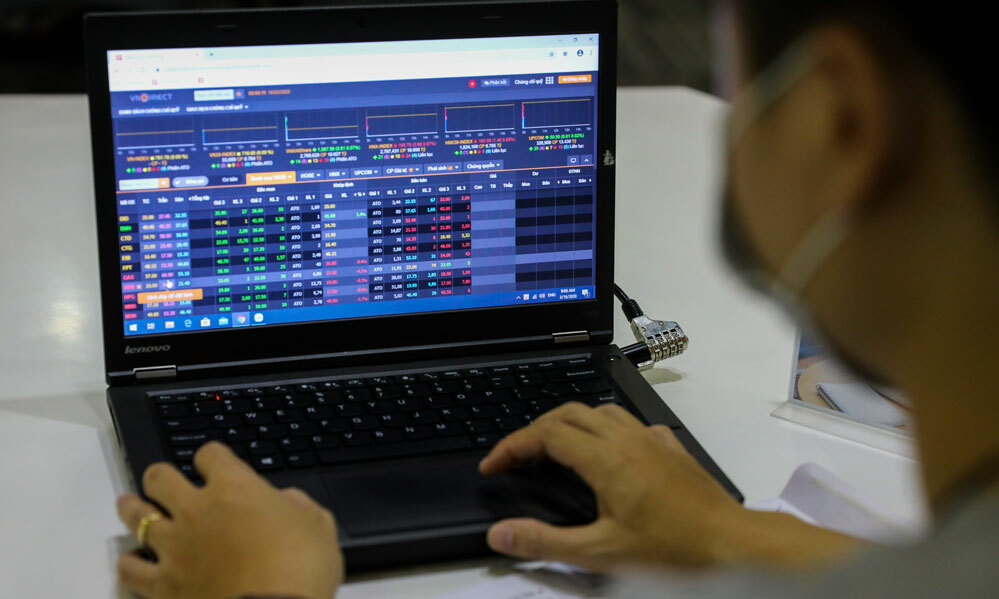 After the index’s best performing single-day session in the past 11 years on Wednesday, investors were more cautious on Thursday, with total trading value falling approximately 20 percent to VND 4.05 trillion ($173.69 million) and order-matched transaction accounting for 66.5 percent.

The VN-Index managed to add 3.96 points this session thanks to strong growth of the market’s biggest capped stocks. On the Ho Chi Minh Stock Exchange (HoSE), Vietnam’s main bourse on which the VN-Index is based, 265 stocks lost and 108 gained.

Among the top 10 gainers were eight stocks in the VN30, a basket for HoSE’s 30 biggest capped stocks. The VN30-Index itself lost 0.86 points, with 21 losers and nine gainers.

Other gaining blue-chips included SAB of major brewery Sabeco, up 4.2 percent, VNM of dairy giant Vinamlik, 3.2 percent, and two of Vietnam’s biggest state-owned banks by assets, VCB of Vietcombank and BID of BIDV, up 1.9 percent and 0.3 percent respectively.

In the opposite direction, ROS of real estate developer FLC Faros hit its bottom at 7 percent, the fourth time it has done so in the previous five sessions.

It was followed by MWG of electronics retail Mobile World, down 6.8 percent, and HPG of leading steelmaker Hoa Phat Group, 4.8 percent.

Stocks of mid-sized banks all lost this session, led by STB of private Sacombank, down 4.5 percent, MBB of state-owned Military Bank, 3.8 percent, and EIB of private Eximbank, 3.7 percent.

Meanwhile, indices for Vietnam’s two smaller bourses, the HNX-Index for stocks listed on the Hanoi Stock Exchange (HNX), home to mid- and small-caps, and the UPCoM-Index, for those on the Unlisted Public Companies Market, shed 2.28 percent and 1.07 percent respectively.

Foreign investors sold shares worth VND40 billion ($1.71 million) on all three bourses, their 33rd consecutive net selling session, with selling pressure focused on the market’s losing blue-chips. However, the magnitude of their net sale has shortened significantly from most of the previous sessions.