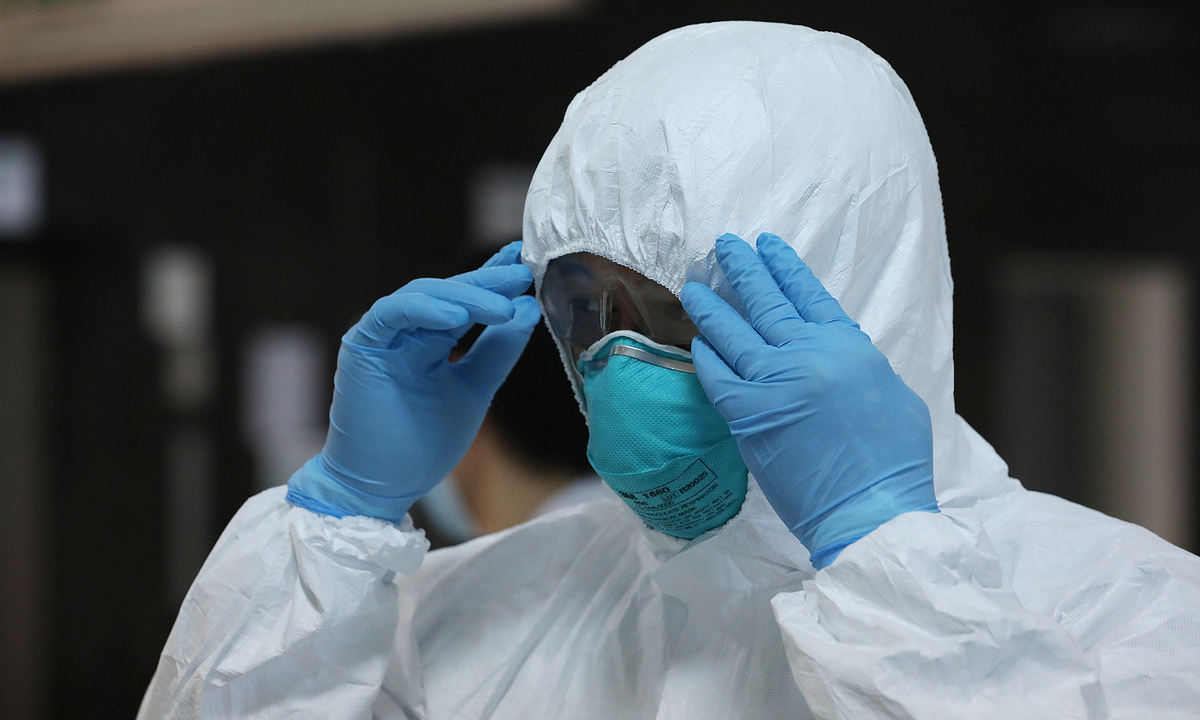 Among the five, two are foreigners entering Vietnam from March 21-23, who were quarantined upon entry. The other three cases are infections from other confirmed Covid-19 patients.

“Patient 149” is a 40-year-old Vietnamese man in Hanoi’s Long Bien District. He’s a worker in Germany’s State of Hessen. On March 23, he flew to Quang Ninh’s Van Don Airport on Vietnam Airlines flight VN36, seat 55C, with his 68-year-old mother, seat 55A. Upon arrival, he was asymptomatic. At the quarantine zone in Quang Ninh Military School, he was in the same room with two others who were on the same flight.

He tested positive on March 25. 207 other passengers on his flight have tested negative. The man, his mother and the two people quarantined in the same room with him have been transferred to the Ha Long City Hospital 2 to be monitored.

“Patient 150” is a 55-year-old Vietnamese man in Tan Dinh Ward of Saigon’s District 1. On March 13, he and his wife flew from the U.S. to Vietnam, transiting in Taiwan on flight BR395 by EVA Air. They landed on Saigon’s Tan Son Nhat Airport. He then returned home, and from March 14 to 18, he went to several places and made contact with several people. He had a house party with four people on March 14, went to a noodle store on Han Thuyen Street on March 15, had a meeting at the Transimex company with 24 people and another party in a restaurant on March 16. On March 18 he met friends in Nha Be Ward and went for a health check at Family Medical on Le Duan Street, before being advised to go to the HCMC Hospital for Tropical Disease. He had a sore throat, coughing and fever on March 23, when he was tested for Covid-19. He’s being quarantined and treated at the Can Gio Hospital.

“Patient 151” is a 45-year-old Brazilian woman in Thao Dien Ward of Saigon’s District 2. She works at the Gia Dinh shoe company, which has two branches in Dong Nai Province’s Vinh Cuu District and in An Phu Dong Ward in Saigon’s District 12. She is a co-worker and had close contact with “Patient 124,” a 52-year-old Brazilian man who got infected after going to Buddha Bar in the district with another infected man.

“Patient 151” and “Patient 124” often went to work on a car with a personal driver, sharing trips to the two company branches and to a Starbucks shop in District 2. “Patient 151” also went to several places, including a food stall in Dong Nai’s Bien Hoa City on March 13, the An Phu supermarket on March 16, the Hue Phong factory in Go Vap District on March 19. She was tested and quarantined in a military school in Cu Chi District on March 23. The personal driver is also being quarantined there.

“Patient 152” is a 27-year-old Vietnamese woman in Tay Thanh Ward of Saigon’s Tan Phu District. She is the sister of “Patient 127,” an employee of the Buddha Bar, and lives with him in the same house. She works at the Formica company on Nguyen Thi Minh Khai Street, District 3. She has had close contact with four co-workers from March 10 to March 14, and with a partner at the company on March 19. From March 15 to March 18, she went to several places and made contact with several people: on March 15 she went to her parents’ house in Tan Binh District, on March 17 she went out for lunch with two of her friends in a restaurant in District 1, and on March 18 she has had close contact with a delivery person.

On March 20, when she heard that there were people infected with Covid-19 in the Buddha Bar, she took time off work and performed self-isolation at home. She was then monitored by personnel of a local medical facility. She was tested on March 23 and taken into quarantine in Can Gio. Her company is temporarily shut down for the time being.

“Patient 153” is a 60-year-old Vietnamese woman from Da Nang City’s Hai Chau District. She went to Australia to see a family member, before returning to Vietnam on March 21 on flight VN772 by Vietnam Airlines. She landed in Saigon’s Tan Son Nhat Airport. Upon her arrival, she was transferred to a quarantine zone in the dorm of the HCMC National University, in the same room with “Patient 143” and two others. On March 23, when “Patient 143” was confirmed infected, she and the other two people in the room were transferred to the Cu Chi Field Hospital to be quarantined and monitored.

The Thursday additions raised the number of patients linked to HCMC’s Buddha Bar to 10.

Vietnam has confirmed 153 Covid-19 cases so far, of whom 17 have been cured and discharged from hospitals. Most of the active cases are those coming back from Europe and the U.S. and people in close contact with them.