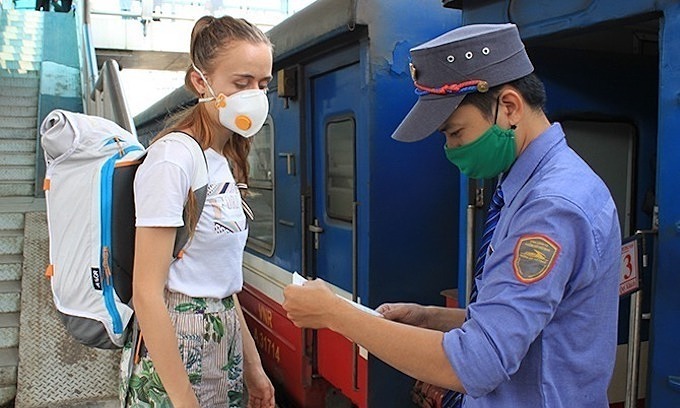 A passenger boards a train in Hanoi in February 2020. Photo by VnExpress/Anh Duy.

Several trains to tourist destinations will be suspended from Thursday due to the dwindling demand as a result of the coronavirus pandemic.

The Hanoi Railway Transport Jsc, the railroad operator in the north, will also suspend SE9 and SE10 trains between Hanoi and Ho Chi Minh City.

All three trains every day from Hanoi to tourist hotspot Sa Pa, two to central Vinh Town and one to central Da Nang City will also be suspended.

There will remain two trains each to Vinh, nothern Hai Phong City and two to HCMC in either direction.

Vietnam has over 3,000 kilometers of track, none of them high speed. Last year trains carried eight million passengers, down 6.9 percent year-on-year.