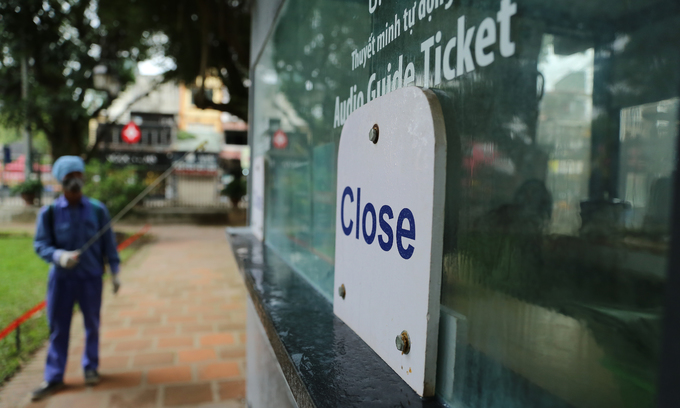 Hanoi’s Temple of Literature is closed to tourists, March 10, 2020. Photo by VnExpress/Thai Anh.

Nguyen Duc Chung, chairman of the city People’s Committee, sent a document to local leaders also saying large gatherings like weddings and religious ceremonies should not be organized with a large number of people.

The decision follows a similar one in Saigon on Tuesday which ordered all restaurants, barber shops, pool clubs, gyms, and beauty salons to close from Tuesday to contain the Covid-19 infection. Bars, karaoke parlors and theaters in the southern city were closed from March 15.

Earlier, following an emergency meeting on March 13, Hanoi had requested bars, karaoke parlors and tourist sites to close until the end of March.

Hanoi has so far recorded 50 Covid-19 cases out of Vietnam’s total of 148. Of the latter figure, 17 have recovered and been discharged.

Many of the active cases, currently in hospitals, are Vietnamese and foreigners arriving from Europe and the U.S.

The pandemic has killed over 21,000 people globally, having spread to 198 countries and territories so far.