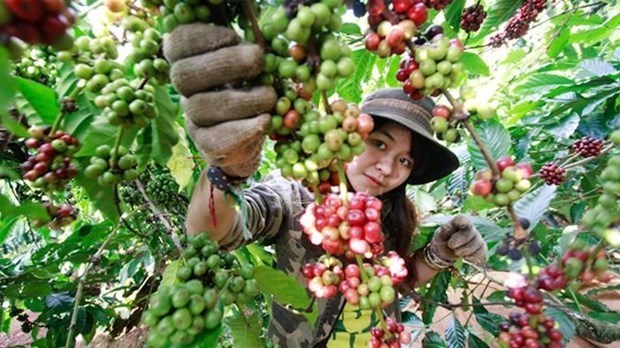 Vietnam’s export revenues to Algeria enjoyed a year-on-year increase of 2.1 percent in the first two months of 2020. According to the Trade Office of Vietnam in Algeria, Vietnam may bolster coffee shipments to the Algerian market as it is the most popular drink of local people.

The African country spends 300 million USD on the import of about 130,000 tonnes of coffee beans each year.

Coffee has been among leading export items of Vietnam to Algeria over the years, accounting for the lion’s share of over 50 percent in the Algerian market. Vietnam shipped about 70,000 tonnes of the product to the African nation last year.

Rice also holds huge potential for export in the coming time when the COVID-19 is repelled. Algeria mostly depends on rice imports, buying about 100,000 tonnes of the grain annually. In addition, the country’s import tariffs for the food are lower compared to those of others.

In 2019, Vietnam shipped nearly 17,000 tonnes of rice to Algeria, making up for around 16 percent. The increasing number of Asian workers in Algeria has also prompted a surge in rice demand in the country./.