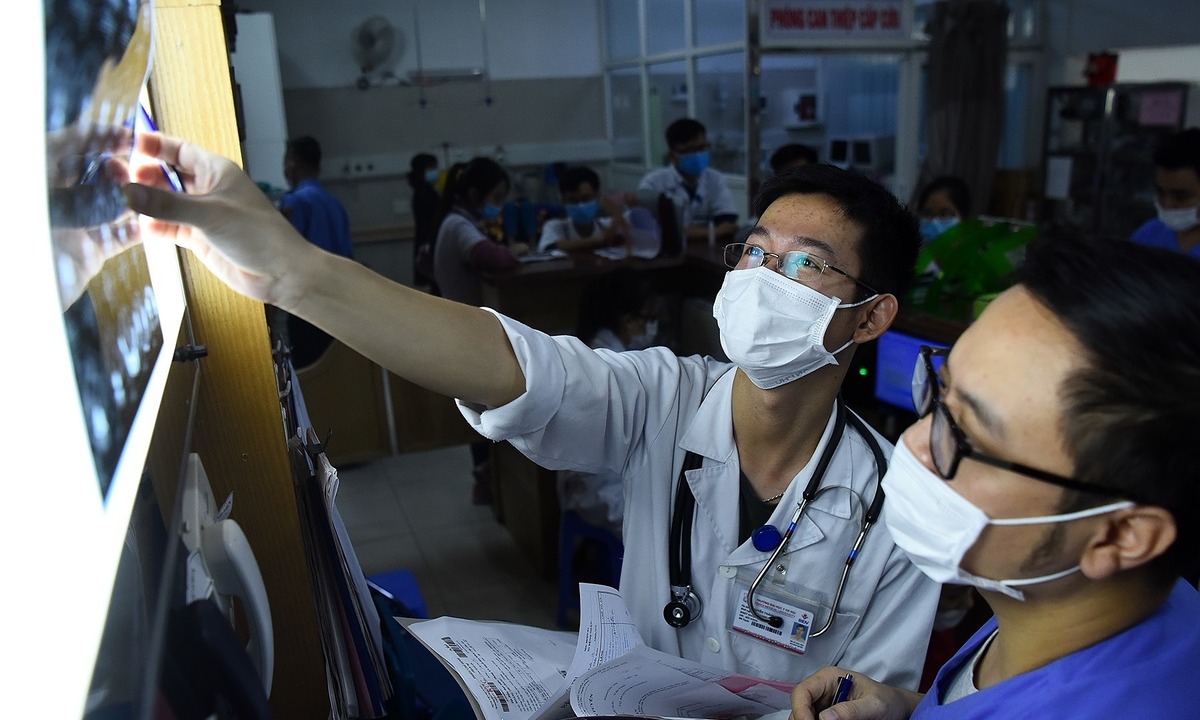 The move came after at least three confirmed cases and two other cases that tested positive once for the Covid-19 virus were linked to the hospital. Two nurses of the hospital became the first members of the medical fraternity in the country to test Covid-19 positive last week.

On Tuesday night, a 66-year-old woman from Lai Chau Province in northern Vietnam was confirmed positive for Covid-19 after staying for three weeks at the hospital to get a heart condition treated.

Meanwhile, an 88-year-old woman and a 63-year-old woman in the northern province of Hung Yen are awaiting the heath ministry’s official announcement on their infection status.

Deputy Health Minister Nguyen Truong Son directed that Bach Mai, one of the largest hospital in Vietnam, to coordinate with the National Institute of Hygiene and Epidemiology and the Hanoi Medical University Hospital to organize the collection of samples for Covid-19 tests for all those present at the hospital, including officers, medical staff, patients and caregivers.

Hanoi chairman Nguyen Duc Chung said at a meeting Wednesday that the Bach Mai Hospital was at high risk of becoming a new Covid-19 outbreak center like the Daegu Hospital in South Korea, given the factors like a nursing home, heavy patient load and large crowds.

Those who had visited the hospital from March 10 onwards will be subject to Covid-19 tests and be quarantined at home, Chung said.

The hospital receives 6,000 to 8,000 people from many provinces and cities every day. After the infections were detected, the daily influx reduced by 50 percent but it is still a crowded place. Therefore, the risk of Covid-19 infection spreading from the hospital is very high, Chung said.

As a preventive and protective measure, the Bach Mai Hospital had earlier suspended medical examinations and was only treating emergency cases or patients needing to receive continuous treatment.

The hospital disinfected all related areas and began checking the body temperatures of all people at the entrance gate and other areas in the hospital.

So far, the nation has confirmed 148 infections, 131 of them active and other 17 cases having been discharged after treatment. Of the active cases, 26 have tested negative at least once.

Most of the active cases are Vietnamese nationals retuning from Europe and the U.S. and foreigners visiting from the same regions. Starting March 22, Vietnam has suspended entry for all foreign nationals, including those of Vietnamese origin and family members with visa waivers.

The Covid-19 pandemic has killed more than 19,700 people globally after spreading to 198 countries and territories.