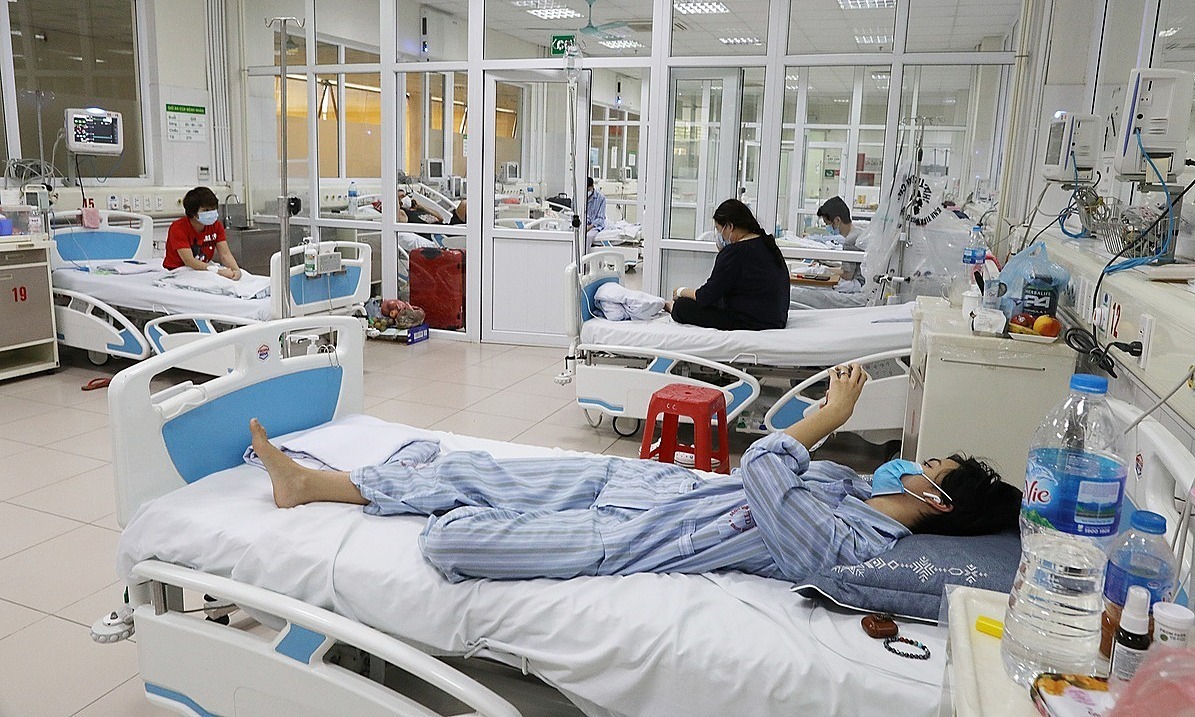 Among the patients who tested negative four times are three patients in Da Nang who have declared to recover and are set to be discharged on Friday morning.

Two of the patients who tested negative three times in a row are a 70-year-old British woman infected with the virus while touring Lao Cai, home to the northern highlands resort town of Sa Pa, and 26-year-old Nguyen Hong Nhung, a Hanoi woman who was confirmed infected four days after she returned from London.

Both are being treated at the National Hospital of Tropical Diseases in Hanoi. It remains unclear whether they are eligible to be discharged or not.

The two patients who showed negative results for the second time are a 67-year-old Irish tourist and a female flight attendant on Vietnam Airlines flight VN54 from London that landed in Hanoi on March 2, the same as Nhung’s. Both are being treated at the National Hospital of Tropical Diseases in the capital.

Among 27 active cases that tested negative for the first time was a 61-year-old man in Hanoi who boarded Vietnam Airlines flight VN54 from London to Hanoi on March 2 along with Nhung, and a 55 year-old man living in Saigon’s District 8, returning from a crowded Islamic religious event in Malaysia.

So far, the nation has confirmed 148 infections, including 131 active cases. The earlier 17 cases were discharged after treatment.

Many active cases are Vietnamese nationals returning from Europe and the U.S. and foreigners visiting from the same regions. Starting March 22, Vietnam has suspended entry for all foreign nationals, including those of Vietnamese origin and family members with visa waivers.

Vietnam has reported over 81,000 people entering Vietnam from March 7 to 24. Among them were 36,911 foreigners. They have been asked to enter quarantine for 14 days and submit health declarations.