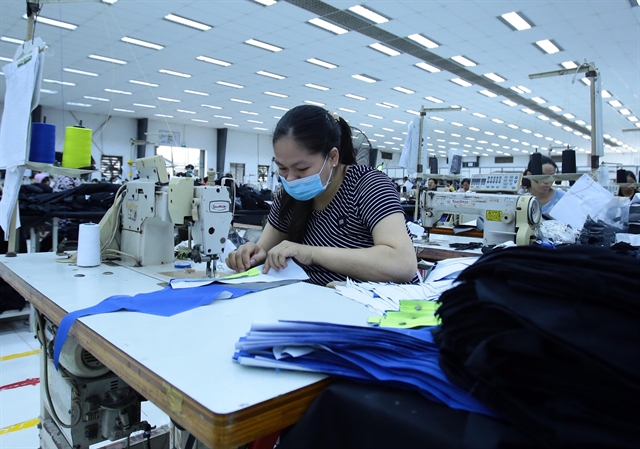 Mai Xuân Dương, president of the Garment and Textile Association in Hưng Yên Province, said while businesses had not been affected that much, the possibility of lacking materials in the coming months seemed real.

“Most of our materials such as cloth and thread are imported from China. Reports show we only have enough to last for another month,” Dương said.

“Due to the epidemic in China, our suppliers can not ensure the materials we have ordered will be delivered. It’s almost unavoidable that businesses in Việt Nam will lack materials at this time,” he said.

He said such shortage would result in businesses having to temporarily suspend operations, with workers being laid off, for two to four weeks.

The damage was obvious, he said.

Some 5,000 garment businesses in Việt Nam employ 2.5 million workers. Even if workers are laid off due to lack of production materials, businesses will still have to pay them.

The garment and textile sector is not the only one affected.

Nguyễn Văn Mạnh, a driver for the North-South Passenger Bus Company said in the past month, the number of passengers had dropped sharply, so his company was planning on cutting services and laying off drivers like him.

“If our Chinese partner aren’t able to supply materials in the next month, we will have to import them from Japan or South Korea at higher prices. We won’t be able to make a profit because we signed contracts for these goods years ago,” he said.

Vũ Minh Tiến, director of the Institute of Workers and Unions under the Ministry of Labour, Invalids and Social Affairs, said laws on labour and social security state that in certain cases when labourers are laid off temporarily, businesses could temporarily suspend paying their social insurance.

“I think both businesses and labourers need to share these difficulties to overcome the situation,” Tiến said.–VNS