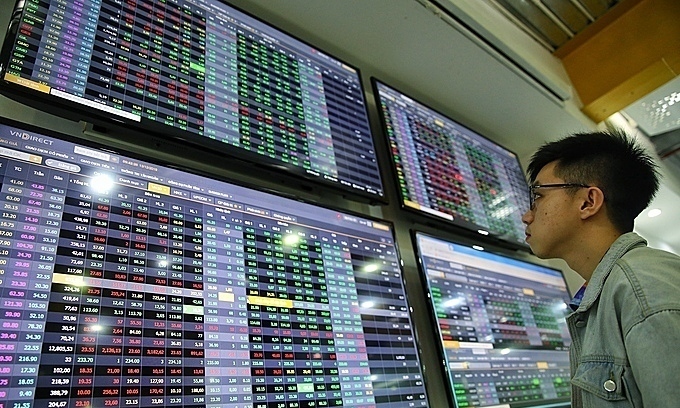 The Ho Chi Minh Stock Exchange (HoSE), on which the VN-Index is based, saw 177 stocks fall and 160 rise. The value of order-matched transactions on the exchange reached VND2.7 trillion ($116.08 million), slightly higher than last month’s average daily liquidity of VND2.6 trillion ($111.78 million).

The VN30-Index for Vietnam’s 30 biggest market caps, on the other hand, added 0.2 percent, with 12 gaining tickers and 15 losers.

After leading gains for five straight sessions, ROS of real estate developer FLC Faros returned to being the biggest losing stock on the market, as it has done for nearly half of sessions in the past month. The stock fell 6.7 percent.

It was followed by HDB of private lender HDBank, which shed 2.1 percent.

VIC of Vingroup, Vietnam’s biggest private conglomerate and also the biggest market cap stock on HoSE, plunged 2.1 percent this session. VIC was one of the most stable stocks on the VN30 in the past quarter, seldom gaining or losing over 0.3 percent.

In the state-owned group, CTG of VietinBank dropped 1.7 percent, followed by BID of BIDV, down 0.8 percent, while VCB of Vietcombank kept its opening price.

TCB of Techcombank and VPB of VPBank, both private lenders, were among the biggest gainers, having added 3.1 percent and 2.1 percent respectively.

Foreign investors were again net sellers to the tune of VND80 billion ($3.44 million) across all three bourses, with selling pressure mostly on blue chips.