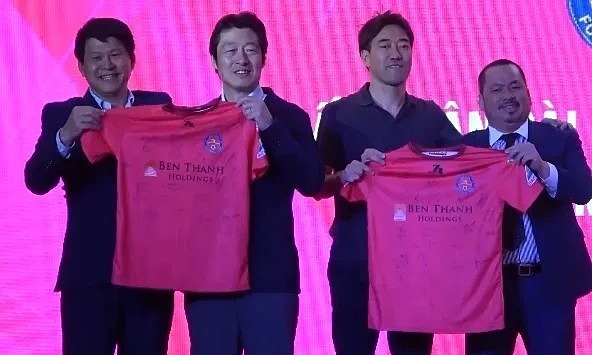 Sai Gon FC and Tokyo FC have announced a long-term cooperation project to develop football in Vietnam, including the establishment of an academy.

Apart from scouting and training football talents in Vietnam, the two clubs said they would pursue the broader aim of promoting mutual understanding and economic ties between the two countries.

“The first thing we will do is help Sai Gon FC develop and build a football academy. Second is making an economic and cultural bridge through football. This will be a chance for enterprises of both countries to cooperate,” said Koji Ishii, International Business Director of Tokyo FC.