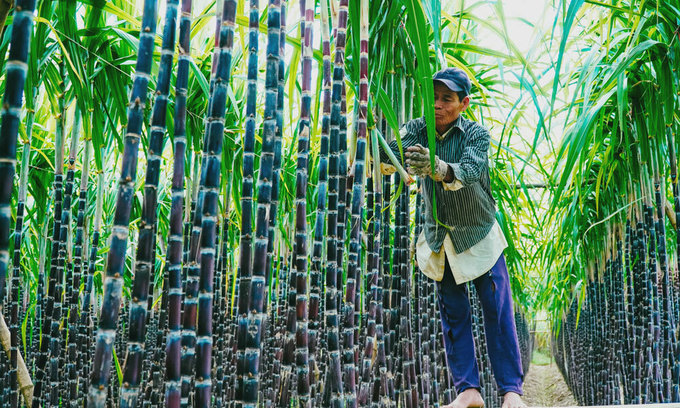 A man works on a sugarcane farm in Thua-Thien Hue Province. Photo by Shutterstock/Saigon85.

Vietnam is set to keep its commitment to ASEAN to scrap sugar import tariffs despite demands by the industry to delay the move.

Prime Minister Nguyen Xuan Phuc, speaking at a meeting on Tuesday, rejecting the demands, urged local businesses to compete fairly with other countries in the region. “The sugar industry needs to restructure to have higher productivity amid global integration.”

He added that factories with outdated technologies and low productivity should be replaced with more advanced ones.

The country should have scrapped the 5 percent import tariff on sugar on January 1, 2018, under the ASEAN Trade in Goods Agreement, but negotiated with other member countries to delay it until January 1 this year following representations by the Vietnam Sugarcane and Sugar Association (VSSA).

The VSSA earlier this year again sought a delay to give time for Vietnamese firms to improve its competitiveness and claiming the cost of manufacturing a ton of sugar in Vietnam is up to VND200,000 ($8.6) higher than in Thailand.

An estimated 35,000 farmers in Vietnam grow sugarcane, but in the last two years production in most localities has been dwindling on growing competition due to lower regional prices, according to the Ministry of Agriculture and Rural Development.