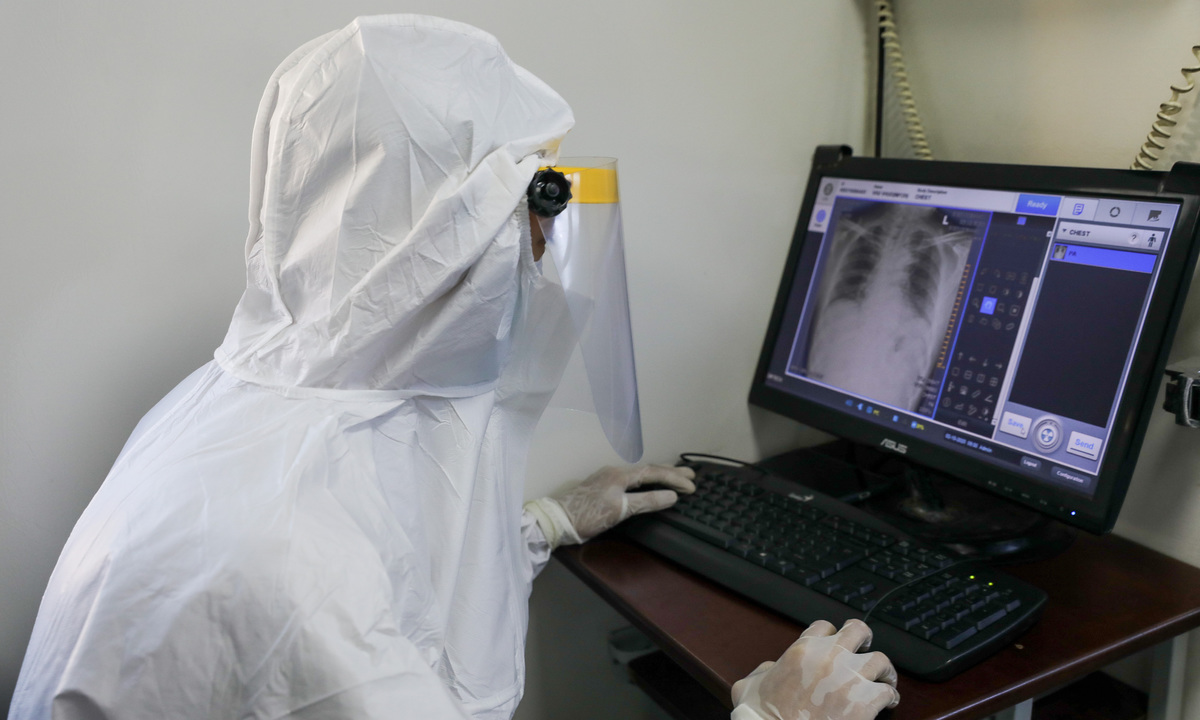 Implementation of quarantine measures must be further improved, he said Friday at an online meeting of the National Steering Committee for the Prevention and Control of Covid-19.

Local leaders attending the meeting, including those in the northern Vinh Phuc Province, where the majority of confirmed infections in Vietnam are from, concurred that Vietnam was controlling the situation well.

The deputy PM and other members of the committee, however, cautioned that the epidemic was showing complicated development and therefore, “the entire system must continue working synchronously… in accordance with the government’s direction.” Drastic measures have to be continued against the virus, they said.

Dam noted the need to promote dissemination of information on Covid-19 so that the general public understands the issue well and works with the authorities on implementing measures to prevent and control the disease.

Functional forces need to continue performing well the task of receiving and quarantining citizens returning from infected areas in accordance with regulations, as well as expand the scope of monitoring activities and closely monitor suspected cases, especially those showing infection symptoms, he said.

Localities that have recorded Covid-19 infections need to stamp out the virus on the spot and prevent its spread. Trails and openings along the border, both in the north and the southwest, must also be strictly controlled to prevent illegal border crossings.

Dam also cautioned that the fight against the epidemic should not be “extreme.” Controlling the epidemic effectively should happen in tandem with continued socio-economic development, he said.

Deputy Health Minister Nguyen Thanh Long stressed the importance of quarantining infected patients, suspected nCoV infection cases and those that have been in contact with infected patients for the time being.

Localities must continuously review, monitor and ensure full implementation of instructions on medical quarantine that have been issued, he said.

Local representatives requested the central government’s support with medical equipment, supplies and human resources to help prevent and control the disease, as well as resolve some issues regarding the customs clearance of goods and help manage foreigners returning from infected areas to work in Vietnam.

In a directive issued Friday, Prime Minister Nguyen Xuan Phuc tasked the Ministries of Public Security and National Defense with improved management of quarantining and treating those suspected of being infected with the Covid-19 virus as well as ensuring that no person with suspected infection leave their quarantine zones without permission.

Local authorities have been instructed to revoke the work permits of foreigners working in Vietnam who need to be quarantined but either fail to comply or leave their quarantine zones without permission.

The Ministry of Information and Communications was asked to step up coverage, including condemnation of those who fail to comply with epidemic prevention and control measures.

The government also issued a resolution the same day requiring its units to be more proactive, creative and sensitive in coming up with appropriate measures to combat Covid-19 and offset its damage in areas in a timely manner.

Government agencies must consider the task of fighting the epidemic an especially important mission, display clarity and proactively respond on all fronts, accepting partial economic losses to ensure the health and lives of the people, the PM directed.

Vietnam declared the novel coronavirus outbreak an epidemic on February 1.

So far, the country has confirmed 16 infections, seven of whom have been discharged from hospitals.

The global death toll from the epidemic had reached 1,526 people, three of them outside mainland China.