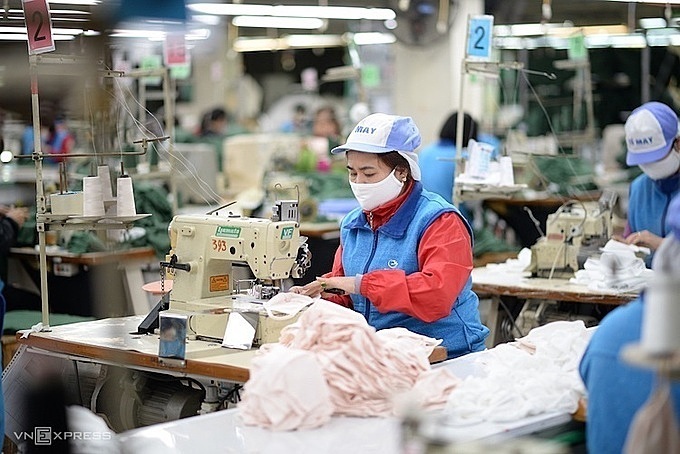 The novel coronavirus (Covid-19) epidemic is expected to continue posing difficulties for Vietnam’s exports to China, its second biggest market, at least in the first quarter, Minister of Industry and Trade Tran Tuan Anh told reporters.

In the event, the approval of the EU-Vietnam Free Trade Agreement (EVFTA) would be even more significant since it would create a “great opportunity” for Vietnamese businesses to enter the E.U., a $18.8-trillion market, he said.

“Strong free trade commitments included in the agreement would surely increase the competitiveness of Vietnamese goods while expanding their export market. This will be substantial when only 42 percent of goods to the EU enjoy zero tariffs.”

Under the deal, Vietnam will eliminate 99 percent of its import duties over 10 years and the E.U. will do the same over seven years. Notably, over 85 percent of Vietnamese products exported to the EU will be free of tariffs immediately after the agreement comes into effect.

“As a comprehensive and high-quality trade agreement with high standards in terms of openness, collaboration and improvements to the business and institutional environment, the EVFTA will be a big boost for domestic and foreign investment,” Anh said.

“I am confident there will be waves of investment in fields such as finance, high technology, and services. The job now is to resolve institutional and infrastructural bottlenecks and prepare the best conditions to welcome this capital.”

While the EVFTA would clearly benefit some sectors such as textiles, footwear and agriculture, others such as chemicals, vehicles and equipment and processed foods would face strong competitive pressure from EU imports into Vietnam, the minister said.

“But even sectors that stand to benefit the most from the EVFTA will still face challenges since the EU’s technical barriers on imports are very high.

“For instance, while the EVFTA confers relatively flexible regulations on agricultural products, most domestic exports are still constrained by the fact that many goods such as fruit and seafood still lack uniformity in all shipments.”

The EU also has many regulations not only related to the quality of products but also the production process. For instance, it will not accept seafood illegally fished or timber taken from natural forests without permission.

But this helps bring about healthy competition, which puts reasonable pressure on domestic enterprises to improve their business methods and in turn their competitiveness, Anh said.

“If it comes into effect soon, the EVFTA will have positive impacts on Vietnam in all aspects such as politics, national security, foreign policy, institutional reform and economic development, and ultimately improve Vietnam’s competitiveness.”

According to the 2019 Global Competitiveness Index published by the World Economic Forum (WEF) in January, Vietnam advanced 10 places to 67th out of 141 countries in terms of overall competitiveness. The country scored 61.5 against a global average of 61.

Business should research information, make medium- and long-term business plans, come up with methods to meet the EU’s rules of origin and technical and phytosanitary standards, and improve the quality of management and human resources to take advantage of this trade agreement, he said.

The trade ministry has submitted to the government a set of documents seeking the National Assembly’s ratification of the EVFTA at its May session.

If the National Assembly ratifies in late May or early June, the trade deal could take effect as early as July after the two sides notify each other about the completion of all legal procedures, Anh added.

The European Parliament on Wednesday approved the EVFTA.

The EVFTA is the E.U.’s second deal with an ASEAN country, after Singapore, and one of few with a developing country.

The E.U. was Vietnam’s second largest market last year behind the U.S. with exports of $41.48 billion.