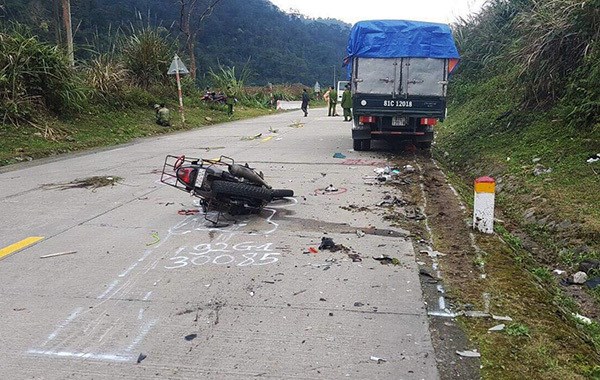 Kon Tum (VNA) – Two German nationals were killed in a traffic
accident on Lo Xo pass in the Central Highlands province of Kon Tum on February
19.

According to the provincial Traffic Police Division, the accident occurred at around 3pm when Johann Maximilan Hannig, 32, and his wife Jasmin Hannig, 30, were riding a motorbike up the Lo Xo pass towards Quang Nam province. Their vehicle crashed into a truck coming from the opposite direction.

Jasmin died on the spot, while her husband passed away at a medical centre in Quang Nam province’s Phuoc Son district.