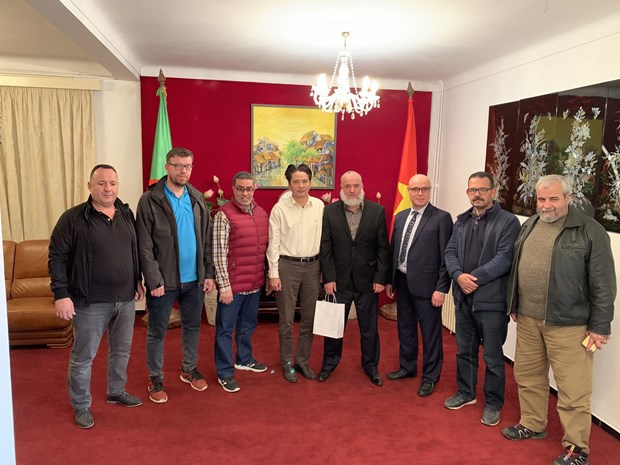 He said the embassy will continue its close coordination with and support for the federations, and create favourable conditions for the organisation of the third world championships of Vietnamese martial arts in Algeria in November.

President of the Son Long Quyen Thuat federation Ait Medjber Rabie highlighted the federation’s activities as well as its preparations for the upcoming world championships.

He took the occasion to thank the Vietnamese Embassy for providing conditions for Algerian martial artists to train in Vietnam as well as joining hands with federations to develop Vietnamese martial arts in his country.

Meanwhile, representatives from other martial arts federations said they had been impressed by the Vietnamese people and country during training trips to the Southeast Asian country.

They said they had been studying Vietnamese culture and history through martial arts and Vietnamese language classes organised by the embassy for the past year.

Son Long Quyen Thuat, together with many other Vietnamese martial arts, was introduced in Algeria in 1973, and now there are around 15,000 people training at some 200 clubs across the nation. Vovinam (Viet Vo Dao) is also a popular martial art among Algerians, and is followed by over 20,000 people across the country./.