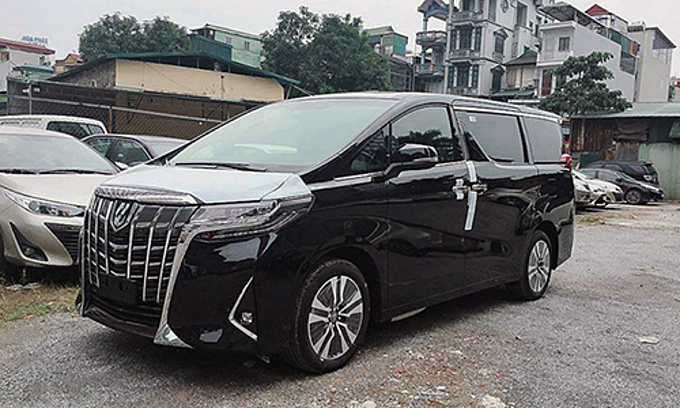 A Toyota Alphard at an auto dealership in Hanoi. Photo courtesy of Toyota Phap Van.

One of the two locking mechanisms on the Alphard’s rear seatbelts may not have been assembled correctly, which could increase the risk of injury during an accident, Toyota Motor Corp (TMC) stated.

The 24 vehicles containing the above fault were manufactured in Japan between August 19 and September 6, 2019, and imported by Toyota Motor Vietnam (TMV), the Japanese automaker’s local subsidiary, for sale across the country.

TMV said it will inspect and replace faulty seatbelts free of charge until January 17, 2022. The maximum time taken to complete this procedure is estimated by TMV to be 13 hours, and Alphard owners can get this done at any of TMV’s authorized dealers and service stations nationwide.

TMV will also conduct free inspections and replacements on Alphards not officially imported by the unit into Vietnam, after approval from parent corporation TMC, it said.

The firm stated it had so far recorded no injuries in Vietnam related to the above fault.

The Toyota Alphard is a high-end multi-purpose vehicle (MPV) model imported and sold in Vietnam since August 2017, currently priced at VND4 billion ($171,700).

Last year, Toyota recalled nearly 1,600 SUVs over airbag faults. The company sold over 79,300 new vehicles in Vietnam last year, accounting for 24.6 percent of car sales in the market, according to the Vietnam Automobile Manufacturers Association (VAMA).