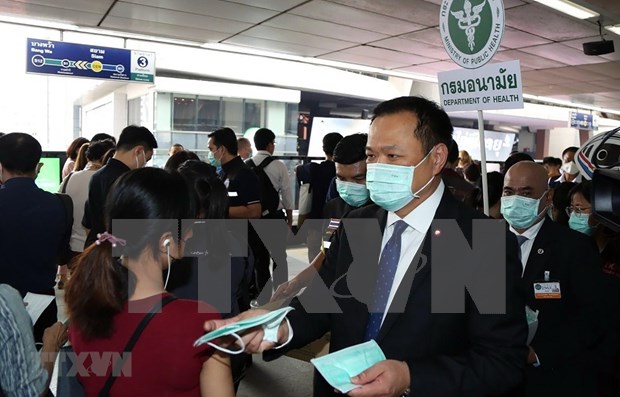 Bangkok (VNA) –
Thailand’s tourism officials on February 14 proposed visa-free entry for Chinese citizens to revive tourism, following a forecast by the Bank of Thailand (BoT) that the new coronavirus (COVID-19) outbreak may drag down the economic growth
to below 2 percent.

Minister of Tourism and Sports Phiphat Ratchakitprakarn said the number of international tourist arrivals from February 1 – 9 fell by 43.4 percent year-on-year to around 730,000 as the number of Chinese visitors plunged 86.6 percent.

The Chinese market is likely to drop by 90 percent in February, he said. But if the outbreak control is effective and the Chinese government lifts its travel ban before the end of March, there’s a strong possibility that tourists from mainland China will return during the Songkran Festival in April, he noted.

Based on that scenario, the number of inbound Chinese tourists could reach as high as 1.4 – 1.5 million a month from June to July, up from an average of 900,000 a month.

The minister added that visa-free entry for two major tourist markets, China and India, is an essential measure that will ease congestion at crowded airports and increase the carrying capability of the country.

His ministry plans to submit the visa-free policy to the cabinet in April, as the exemption for visa-on-arrival (VOA) fees will end on April 30, but on the condition that the Chinese government must contain the outbreak first, he said.

Thailand is planning to extend the Songkran holiday in April by two days to stimulate the economy. Thai Deputy Prime Minister Somkid Jatusripitak said he was prepared to propose the idea to the Cabinet since people will have to return to their hometowns and travel, thus boosting tourism and economic development.

The country is also considering adding special holidays in the first and second quarters of the year to encourage their people to travel domestically.

In Indonesia, the Immigration Office of Bandung, the country’s fourth largest city, said it will provide a special stay permit extension for Chinese nationals living in the area after most flights from Indonesia to China were cancelled over the coronavirus outbreak.

Steps for requesting a stay permit extension will remain unchanged, but no new fingerprint and biometric data will be captured by the officers in order to avoid direct physical contact, Bandung Immigration Office Chief Uray Avian told Antara News.

Chinese tourists were recorded as the largest group of foreign travelers visiting Indonesia during the 2016-2017 period. Indonesia received about 1.97 million Chinese tourists in 2017, and the figure increased to 2.7 million in 2018./.