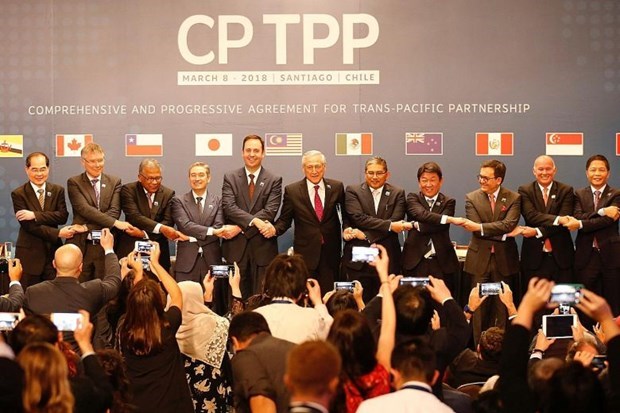 Local media quoted Thai Deputy Prime
Minister Somkid Jatusripitak as saying that the Commerce Ministry’s Trade
Negotiations Department will prepare a proposal once a study on the pros and
cons of the CPTPP impact is complete.

The study by Bolliger & Company Thailand, which was hired by the department, found participation in the CPTPP would boost Thailand’s GDP by 0.12 percentage points in revenue a year.

Somkid said if the Thai cabinet approves the proposal by the ministry, Thailand will submit a formal request to join the pact, possibly sometime ahead of CPTPP members’ meeting in August.

The department has been speeding up studies of opportunities and challenges in reviving long-delayed trade talks between Thailand and the EU after the European Council made a statement that it aims to resume FTA negotiations with Thailand.

The EU is Thailand’s fourth-largest trading partner in the world and forms the fourth largest investment segment domestically./.