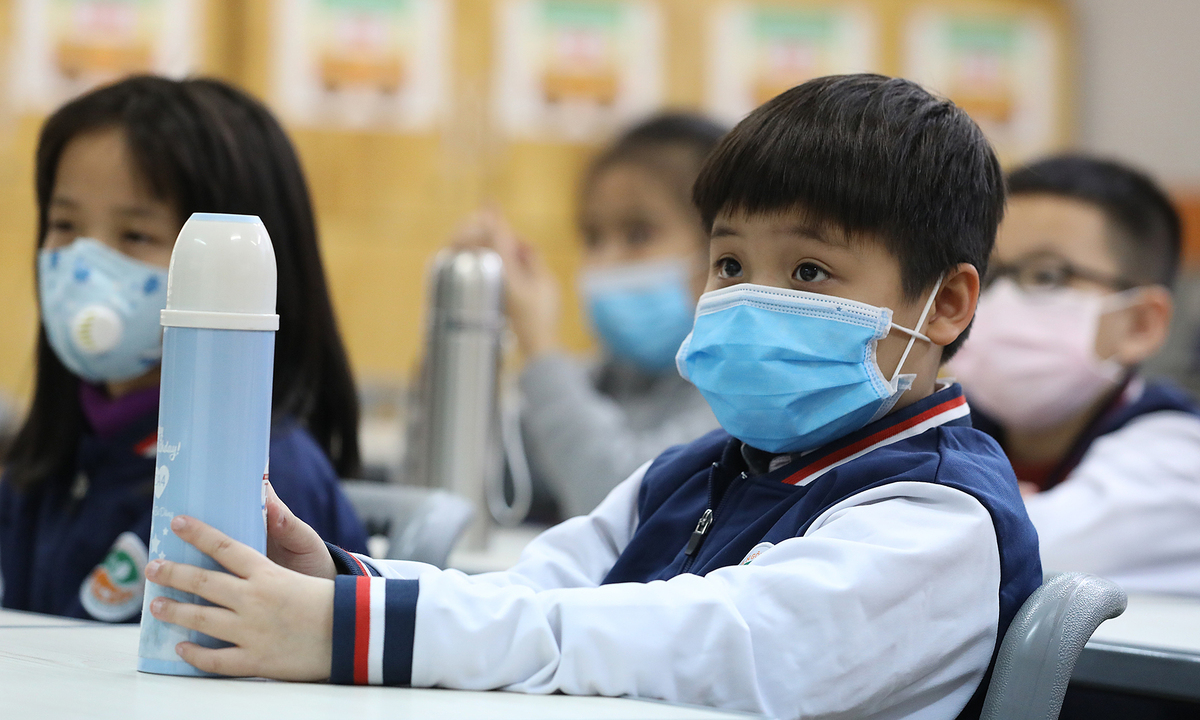 “Safety should be guaranteed both in terms of professional perspective and in the minds of students and parents. Students should not be sent back to school if there are still worries of getting infected and worries over whether they should wear a mask in class or not,” Dam told a government meeting Friday.

He requested the Ministry of Training and Education to provide detailed and clear guidance so schools, teachers, students and parents could maintain health safety whenever schools restart.

All 63 cities and provinces across Vietnam had at first extended the Tet break for students by one weak instead of commencing class on February 2 to prevent the spread of the virus.

The break was extended by one more week until February 16 after more cases of infection were detected in Vietnam.

The education ministry on Thursday directed localities that have not recorded any confirmed infections to put students back in school.

Public opinion has so far been split on whether students should remain home.

Some are worried for the safety of their children should classes resume while others hold the long break could disturb both lesson and work schedules.

Dam responded by saying nothing could compare with health, safety, and public peace.

A VnExpress poll showed by Friday afternoon 27,449 called for students to remain at home to avoid the epidemic versus 6,147 agreeing to send them back to school.

The decision, however, depends on the administrations of each ciy and province, and the ministries of education and health would only work to give advice.

By Friday, Vinh Phuc Province was the only locality that had decided to extend the break by one more week. The province in northern Vietnam has so far recorded 11 novel coronavirus cases out of the national total of 16, with the other four reported in Khanh Hoa, Ho Chi Minh City and Thanh Hoa.

Da Nang in central Vietnam and 20 provinces across the country have decided to reopen schools on Monday. Others, including Hanoi and HCMC, have not announced any plans.

For colleges, several have decided to let students take a break until month-end.

The death toll from the epidemic had reached 1,491 people, three outside mainland China.