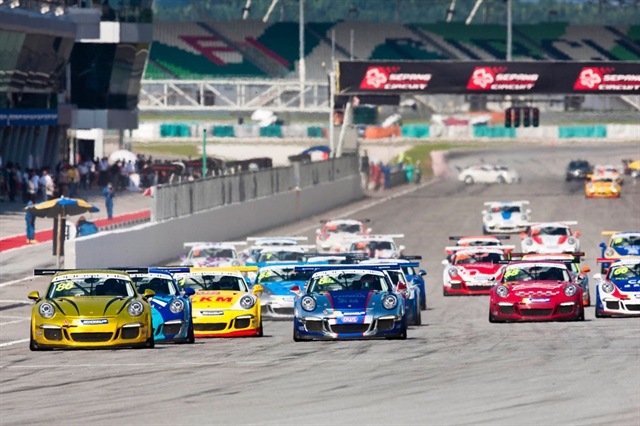 “We are thrilled to confirm the addition of the Porsche Carrera Cup Asia to the Formula 1 VinFast Vietnam Grand Prix programme,” said Lê Ngọc Chi, CEO of the VGPC, Promoter of the Formula 1 event.

The first ever Vietnam Grand Prix, which is the third race of this year’s FIA Formula 1 World Championship, will take place on April 3-5.

The PCCA will be the second supporting race together with the Thailand Super Series (TSS) on the weekend’s racing schedule.

“As the premier one-make racing series in the region, its inclusion on our schedule alongside TSS ensures that the inaugural F1 race weekend in Việt Nam will deliver on its promise to showcase the greatest racing action on the planet across the whole weekend. If you like fast cars, high-level competition and spectacular drama, then this is really an unmissable event.”

Head of Porsche Motorsport Asia-Pacific Alexandre Gibot said it was an honour to have Porsche tyres running at the Việt Nam’s F1 circuit.

“Alongside running Asia’s premier one-make racing series and competing across the continent in a host of other prestigious motorsport events, we at Porsche consider it a duty to encourage the growth of motorsport culture in Asia,” he was quoted as saying on automobilsport.com.

“We do this not only for financial reasons, but because we have a sincere passion for high-speed competition. Seeing grandstands full of cheering fans is just as a big thrill to us as crossing the finish line first. The Formula 1 VinFast Vietnam Grand Prix 2020 is another feather in the cap of Asian motorsport, and we are thrilled to be part of this historic event.”

Similar to the F1, PCCA will have three days of racing. The first day is a test for drivers. The second day sees the classification race and the main race is on the last day.

Established in 2003, the PCCA, which is now in its 18th season, has lured a huge number of fans and media attention. It is considered the number one choice for the continent’s best drivers. — VNS