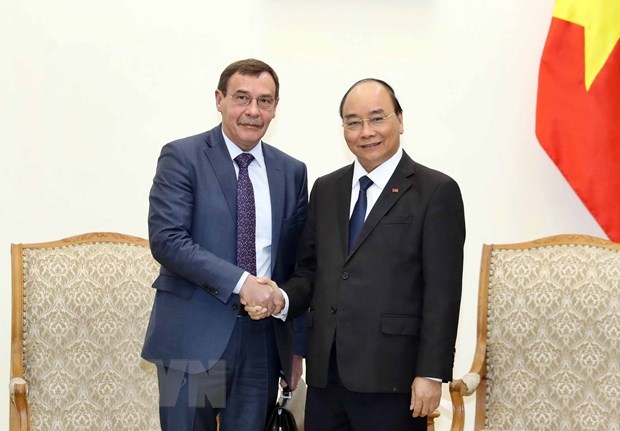 At a reception for Chief of the Russian Presidential Anti-Corruption Directorate Chobotov Andrey Sergeevich in Hanoi, the PM lauded effective cooperation activities between the two agencies like the sharing of information and experience in corruption combat.

He stressed that Vietnam attaches importance to anti-corruption work, considering this an important task and one of the top priorities in building a professional, modern and efficient administrative system.

Many corruption cases have been brought to light in Vietnam, he said, adding that the political system and mass organisations have always kept a close watch on the efforts.

The leader rejoiced at achievements Russia has recorded over the past time, saying they have greatly contributed to global peace and stability.

He described the time-tested partnership between Vietnam and Russia as a valuable asset shared by the two peoples, and expressed his belief that the Russian delegation’s visit will contribute to boosting the bilateral friendship and collaboration.

PM Phuc suggested Vietnam and Russia strengthen their cooperation in economy, trade, investment and other spheres.

The Vietnamese Government will facilitate the operation of Russian businesses, he pledged, calling on the Russian side to create optimal conditions for Vietnamese firms to operate in the country.

As the Chair of the Association of Southeast Asian Nations (ASEAN) in 2020, Vietnam hopes to welcome the Russian President to visit the country this year, PM Phuc said.

For his part, the Russian official said his visit aims to strengthen cooperation between the two agencies, thus contributing to promoting the Vietnam-Russia ties.

He briefed his host on major cooperation orientations in the next five years as agreed by the two agencies, with collaboration in new areas expected to be enhanced.

The two sides also agreed to organise an anti-corruption conference in Russia in the time ahead, as part of the activities marking the 70th founding anniversary of the Vietnam-Russia diplomatic ties, he said./.