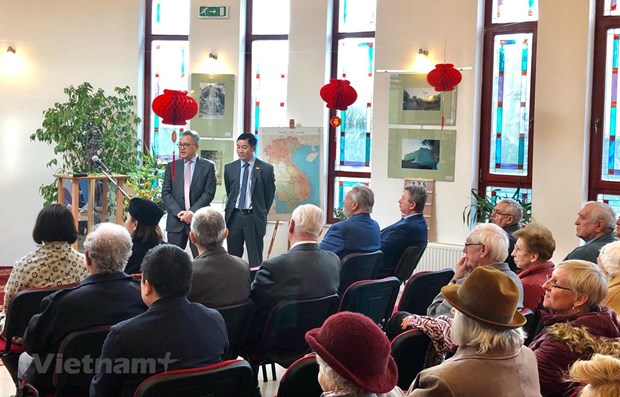 Overview of the exhibition (Source: VNA)

Prague (VNA) – An exhibition featuring photos on Vietnam’s land
and people and works by Hungary’s famous sculptor Farkas Aladár on Vietnam’s
late President Ho Chi Minh and its struggle against the US was held in
Székesfehérvár city, Hungary, on February 16.

Speaking at the event, Vietnamese Ambassador to Hungary Nguyen Tien Thuc thanked the Hungarian Government and people, especially war veterans, for their support for Vietnam’s past struggle against the US.

He highly valued the role of members of the Hungary-Vietnam Friendship Association, overseas Vietnamese students and the Vietnamese community in Hungary in fostering the two countries’ relations.

The exhibition was the first in a series of activities co-organised by the association and the Vietnamese embassy to celebrate the 70th anniversary of bilateral diplomatic ties (February 3) and Vietnam’s 45th anniversary of the liberation of the south and national reunification (April 30).

The exhibition is open to visitors until early March./.