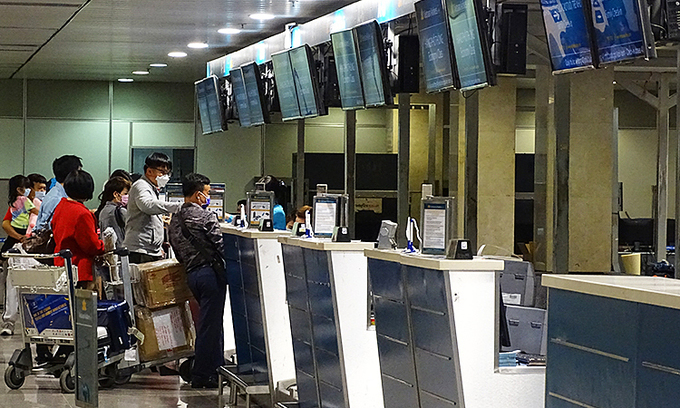 Vietnamese airports have seen 20 percent less passenger traffic over the last year as fear of novel coronavirus keeps foreigners away.

While passenger traffic has dropped at many airports, Khanh Hoa Province’s Cam Ranh Airport is among the worst hit as foreign visitors account for 60 percent of the total number of passengers.

Hanoi’s Noi Bai Airport is among the least affected by the epidemic, still seeing around 530-540 flights per day, a drop of only around 100 flights compared to certain peak periods like the Lunar New Year Festival, Thanh said.

The number of foreign visitors is expected to continue dropping over the next one or two months, said Thanh.

He said ACV will need to restructure its business plan. Attracting more flights from carriers from markets other than China would be one of the responses to the crisis, he said.

All international airports in the country are equipped with body temperature scanners, medical personnel and facilities to quarantine those with fever and test for the nCoV virus.

Vietnam has so far confirmed 16 nCoV infections, the latest being that a 50-year-old man in Vinh Phuc Province who caught the infection from his daughter who had returned from China’s Wuhan City, the epicenter of the global outbreak, last month. The woman’s mother, sister, cousin and neighbor had already caught the infection, making the northern province home to 11 infection cases so far.

Seven of the 16 infection cases in Vietnam have been discharged.

The global death toll from the epidemic has reached 1,491 – one person each in Japan, the Philippines and Hong Kong; and the rest in mainland China.