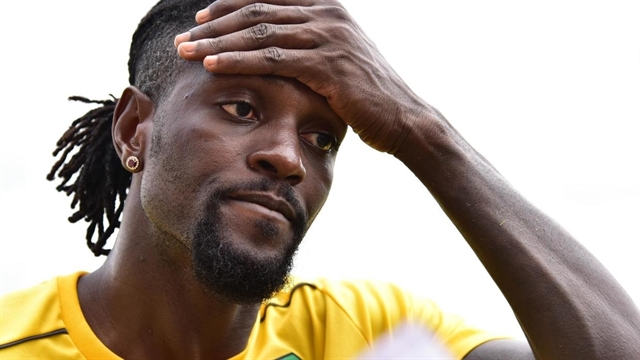 The Togo forward, who also played for Arsenal, Tottenham and Crystal Palace during a decade-long stay in the English Premier League, had been a free agent since December when he left Turks Kayserispor.

Adebayor, 35, will join up with former City team-mate Roque Santa Cruz at Olimpia, where his fellow veteran was top scorer in the Paraguayan league last year.

“Hello to the Olimpia fans. Thanks for everything, see you on Friday,” said Adebayor in a message recorded by the club.

“Adebayor hasn’t come here on holiday,” said Olimpia president Marcos Trovato at the event announcing his signature and that of other new recruits, including 25-year-old Paraguay forward Derlis Gonzalez from Dynamo Kiev.

Adebayor will be available for Olimpia’s 2020 Copa Libertadores campaign in which they face Brazilians Santos, Defensa y Justicia of Argentina and Ecuador’s Delfin in Group G.

Olimpia are three-time former winners of the Libertadores and have won the last four Paraguayan titles in a row.

“I’ve spoken to Yaya’s agent and he asked me to look for a team in Paraguay and Brazil. He’s great friends with Adebayor, he could come here,” Codas said.

However, if Toure does more to Paraguay, it won’t be to Olimpia, Codas said.

Toure, 36, is currently playing for Qinqdao Huangai in the Chinese second division. — AFP