The tourists expressed their wish to return home, prompting provincial authorities to seek government permission. The two flight are arranged by authorities of Khanh Hoa in central Vietnam.

Ngo Van Xuan, director of Vietnam Airlines in Nha Trang, said the airline’s two special flights would depart Cam Ranh International Airport on Saturday afternoon, carrying the tourists to Guangzhou and Chengdu provinces in China. No passengers would be returned from China during the operation.

Nha Trang, well known for its beaches and scuba diving, is a popular Vietnamese destination among Chinese nationals. It helped draw 2.4 million visitors to Khanh Hoa last year, a major share of them Chinese arrivals.

Vietnam has banned entry for people coming from China’s epidemic-hit areas and quarantined Chinese workers returning to Vietnam after the Lunar New Year holiday (Tet). It has temporarily stopped issuing tourist visas to Chinese living in epidemic-hit areas, except in emergencies.

Top destinations Da Nang, Khanh Hoa and Lao Cai are turning away Chinese though they are the biggest feeder market for the country’s tourism industry.

The Covid-19 epidemic could cost Vietnam $5.9- $7.7 billion in Q1 tourism revenues this year, or about 25 percent of the industry’s revenue last year, the Vietnam National Administration of Tourism (VNAT) estimates.

Vietnam has recorded 16 cases of infection with 11 in Vinh Phuc Province, a neighbor of Hanoi. Of the remaining five, three were found in Ho Chi Minh City, one in Khanh Hoa and another in Thanh Hoa.

Vietnam declared the Covid-19 outbreak an epidemic on February 1.

The global death toll from the epidemic has reached 1,491 – one person each in Japan, the Philippines and Hong Kong; and the rest in mainland China. 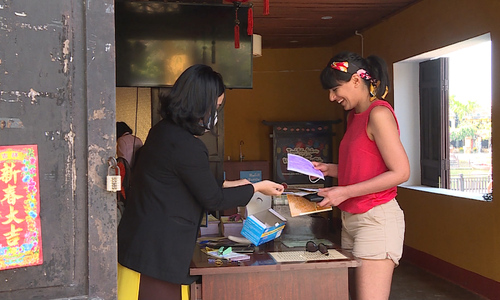