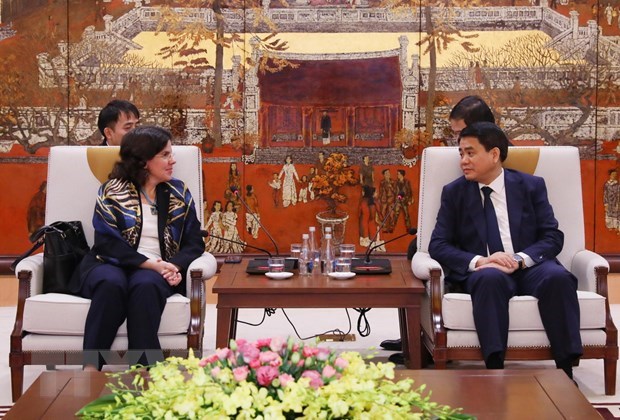 Chung mentioned several specific activities such as Cuban Cultural Days at King Ly Thai To Statue Square near Hoan Kiem Lake and the construction of a mosaic picture on Yen Phu ceramic street as a proposal of the Cuban ambassador.

He also suggested holding a photo exhibition on the two countries’ relations to make their young generations understand more about the ties.

The Cuban diplomat said that the mosaic painting will be inaugurated by the end of this year in the presence of senior officials from Cuba and Hanoi.

Vietnam and Cuba set up their diplomatic ties on December 2, 2020./.