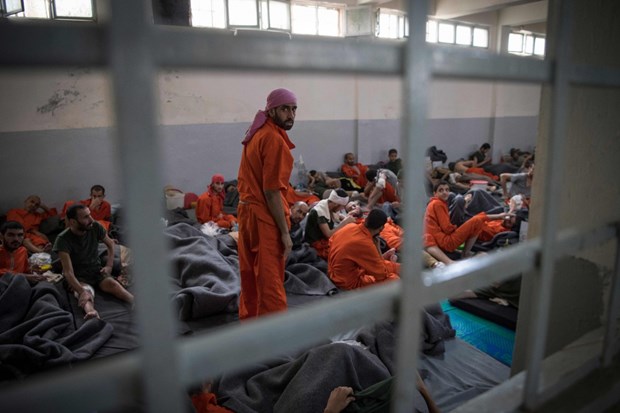 Jakarta (VNA) – The Indonesian Government has asked law enforcement
agencies to tighten border security in a bid to prevent the repatriation of citizens who left the country to join the
self-claimed Islamic State (IS) in
Iraq and Syria.

According to Presidential Chief of Staff Moeldoko, who is also former Chief of Staff of the Indonesian Army, authorities will be monitoring borders over which IS extremists could attempt to cross.

Moeldoko said the government would also verify Indonesian citizens in Syria. This verification will be conducted by the National Counter-Terrorism Agency over 3-4 months.

Coordinating Minister of Politics, Law and Security Affairs Mohammad Mahfud said on February 12 that the government will immediately block passports belonging to Indonesian nationals who are allegedly involved in overseas terrorist groups, including the IS. He also expressed concern that these people would try to return home illegally.

On February 11, the Indonesian government decided not to repatriate some 689 Indonesian IS supporters currently stranded abroad, and named them a threat to national security./.