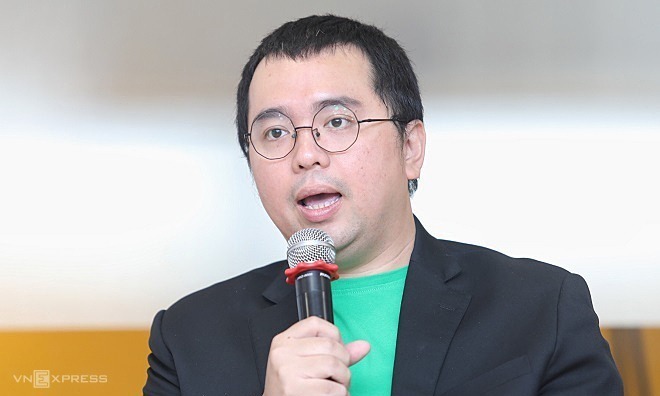 Nguyen Tuan Anh speaks at an event in September, 2019. Photo by VnExpress/Thanh Nguyen.

Tuan Anh, who had left the ride-hailing firm last month, confirmed his new appointment with VnExpress, saying he had taken over last Friday.

The VINID Joint Stock Company (VinID) said that it expected Anh would help strengthen its apparatus to compete with other rivals and become an independent service company.

Anh left Grab Vietnam last month after six years. He is credited being the person who laid the first bricks for the company’s operations in the Vietnam in 2014 and paving the way for the successful deployment of its ride-hailing services, especially GrabBike.

Born in 1982, Anh graduated in Information Technology from the National University of Singapore. Prior to joining Grab, he had worked with American web services provider Yahoo and several other startups.

VinID JSC was established in July 2018. It has a chartered capital of VND3 trillion ($129.4 million) and is 80 percent owned by Vingroup, Vietnam’s biggest private conglomerate.