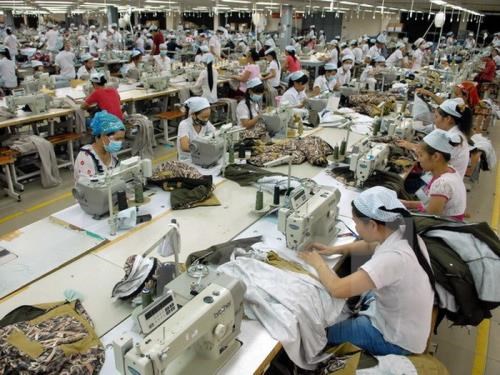 The number of foreign companies and corporations choosing Vietnam for investment and production has increased strongly in recent years. (Illustrative image. Source: VNA)

HCM City (VNA) – The
number of foreign companies and corporations choosing Vietnam for investment
and production has increased strongly in recent years but their recruitment
of staff has faced problems.

The Department of Labour, Invalids and Social Affairs in the southern province of Dong Nai, for example, said that nearly 3,300 companies in the province need more than 75,000 new workers this year as they expand production and open new factories.

Of the 75,000, more than 56,000 manual workers are needed for the companies, which operate in the garment, footwear, electronics and woodwork industries.

Pham Van Cong, Deputy Director of the provincial Department of Labour, Invalids and Social Affairs, said that companies need professionally trained employees, but vocational training schools have failed to meet the demand. Many people graduating from these schools do not even know how to operate a machine.

As a result, many companies employ high school graduates and train them professionally at the workplace.

Cong said that the province each year has employed dozens of thousands of manual workers from northern and central provinces, but the number of workers from these areas has fallen in recent years.

The department forecasts a shortage of manual workers to continue this year.

Cong said that the provincial Employment Service Centre is conducting a survey on workers who need jobs and will then introduce them to companies.

Many companies in HCM City are also facing difficulties in recruiting new workers. Several companies sought workers before Lunar Tet, but have not recruited any staff yet.

According to companies, workers often choose to work abroad as guest workers because of the higher salaries and reduced costs.

According to the HCM City Centre for Forecasting Manpower Needs and Labour Market Information, the city needs nearly 30,000 new workers, of which only 16.82 per cent would be manual workers.

The remaining are skilled workers, but many of them are required to have vocational training degrees. The rate of university graduates accounts for 19.8 per cent