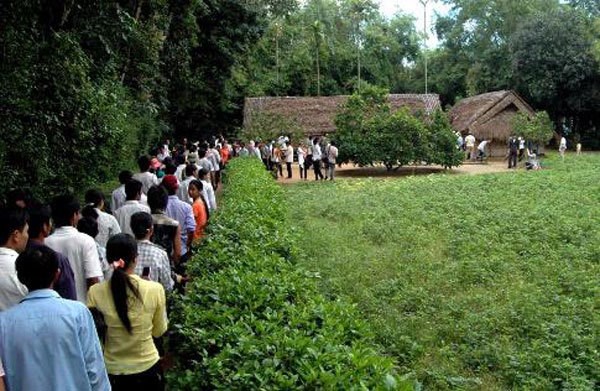 Hanoi (VNA) – The
Sen Village Festival will be organised nationwide to celebrate the
130th birthday of late President Ho Chi Minh, according to a plan recently
issued by the People’s Committee of the central province of Nghe An.

The festival aims to express the gratitude and respect of the Vietnamese people across the country to President Ho – the hero of national liberation and an outstanding cultural figure of Vietnam.

The activities within the event will promote and educate people about President Ho Chi Minh’s ideology, encouraging them to study and follow his morality as well as enhance the image of his homeland – Sen village, Nghe An – both domestically and internationally.

Specifically, the Sen Village Festival 2020 will take place over five days, from May 15-19 in Vinh city, Nam Dan district, together with other districts within the province.

The ceremonial activities in the festival include flower offering at Uncle Ho’s Monument in Ho Chi Minh Square; a procession to his hometown; a parade of photos and the opening ceremony that will be held in Sen village.