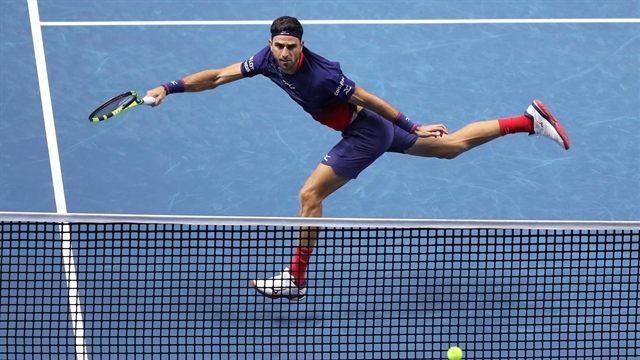 Wimbledon and US Open doubles champion Robert Farah has escaped a ban despite being found in breach of tennis’s Anti-Doping Programme. Photo https://asia.eurosport.com/

LONDON — Robert Farah, the world’s top-ranked men’s doubles player, has been cleared of an anti-doping violation by the International Tennis Federation after testing positive for a banned steroid.

Farah was provisionally suspended in January after the ITF said boldenone was found in the Colombian’s system during an out-of-competition test in October.

The 33-year-old missed the Australian Open as a result, but on Monday the ITF said Farah is free to return to action after being cleared of any wrong-doing.

“Mr. Farah was charged with an Anti-Doping Rule Violation under Article 2.1 of the Programme (presence of a Prohibited Substance in a Player’s Sample) on11 January 2020. Mr. Farah’s account of how the Boldenone entered his system was accepted and it was determined that he bears No Fault or Negligence for the violation within the meaning of Programme Article 10.4,” an ITF statement said.

“Therefore, the Player’s provisional suspension (imposed on 21 January 2020) is lifted with immediate effect, and he will not serve any period of Ineligibility for his violation. For the avoidance of doubt, Mr. Farah is eligible to resume competition immediately.”

Boldenone is widely used by farmers in Colombia to boost the growth of cows, but it is banned by the World Anti-Doping Agency.

In 2018, the Colombian Olympic Committee warned its athletes about the presence of Boldenone in beef.

The pair were also runners-up at the Australian Open in 2018. — AFP