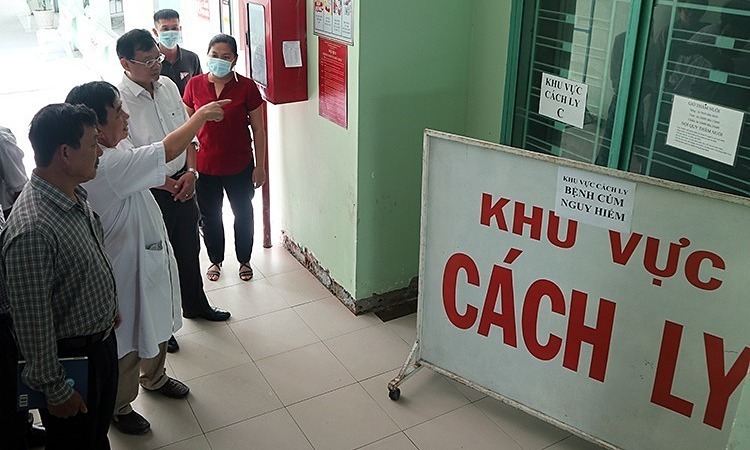 The province has since gone 30 days without detecting another case. The woman was discharged from hospital on February 4.

Deputy Minister of Health Do Xuan Tuyen said at a government meeting on measures against the current Covid-19 epidemic that Khanh Hoa has deployed appropriate measures to fight the disease.

The ministry has instructed Khanh Hoa authorities to complete documents to declare the end of its epidemic status, Tuyen said.

Thanh Hoa Province in north-central Vietnam, which recorded one infection, a 25-year-old woman who was among a group of eight employees of Japanese-invested Nihon Plast Company Limited returning from China’s Wuhan City, ground zero of the epidemic, will also be eligible to end its epidemic status if no new cases are recorded in the next five days. The woman was discharged from hospital on February 3.

Khanh Hoa, Thanh Hoa and the northern province of Vinh Phuc declared their Covid-19 epidemic statuses on February 1. Vinh Phuc has reported 11 patients so far, including five of the employees returning from Wuhan.

Localities would be eligible to announce the end of their epidemic statuses if there are no new cases in the last 28 days and preventative measures against the disease have been properly deployed.

It’s been only seven days since Vinh Phuc’s last case, a 50-year-old father of a worker from Wuhan, who has also infected her mother, sister, cousin and neighbor.

Vietnam has been lauded by the World Health Organization (WHO) to have responded well to the Covid-19 epidemic from the very outset, preventing its spread, in a statement Saturday. While the U.N. health agency said it highly evaluated Vietnam’s ability to address urgent public health issues, it also urged Vietnam to stay on high alert and be ready to respond should more infection cases be detected.

The country has recorded 16 infected cases so far. Seven have recovered and been discharged from hospitals.

The global death toll of the epidemic has reached 1,776, with one each in Japan, Hong Kong, Taiwan, France, the Philippines and the rest in mainland China.