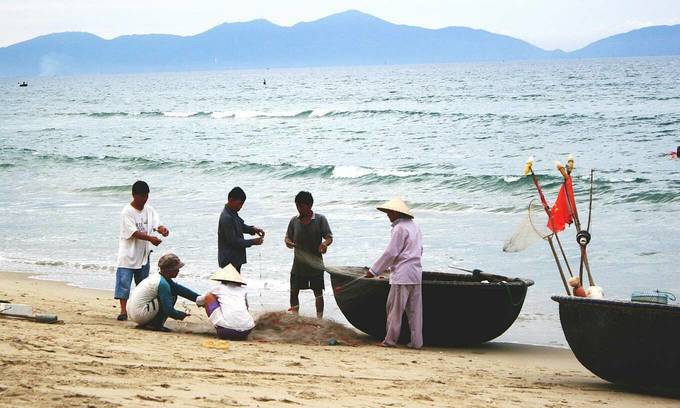 Locals on the An Bang Beach in Hoi An, central Vietnam. Photo by VnExpress/Minh Duc.

A Canadian tourist drowned in An Bang Beach in Hoi An ancient town Wednesday, local authorities have confirmed.

Frederic Kebirou, 59, went for a swim in An Bang at around 9 a.m., but was swept away by the waves, deputy chairman Nguyen Van Quang of the Cam An Ward People’s Committee in the central Vietnam town said Thursday.

Locals tried to find him after noticing his disappearance, but could only recover his body.

Kebirou’s body is being kept at a local hospital’s morgue, awaiting his family from Canada.

This is not the first time a foreigner has drowned while swimming in Vietnam’s beaches. Last year, a Swedish man drowned in central Binh Thuan Province’s Ham Tien Beach in December, while another Russian man drowned in a prohibited beach in Mui Ne in September.

An Bang beach was voted among the most beautiful beaches in Asia by travel guide website TripAdvisor’s readers last year, placing it 17th among the top 25.

The well preserved ancient town of Hoi An, a UNESCO cultural heritage site, is among the most popular tourist destinations in Vietnam.