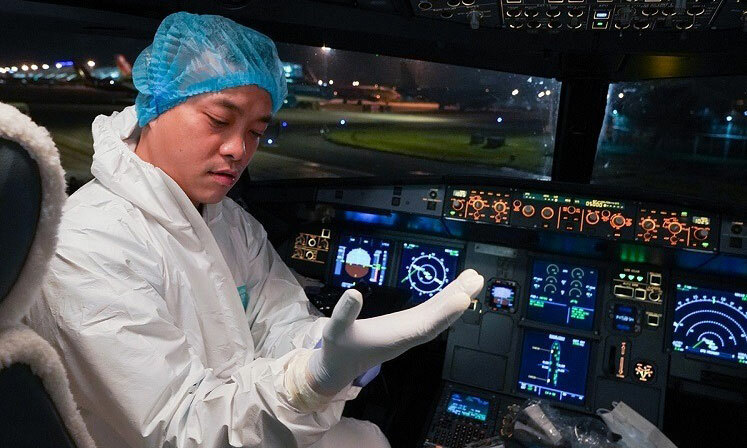 Tourist hotspot Da Lat saw 10,000 room bookings being canceled in February, and much the same has been happening in other tourist destinations such as Nha Trang and Da Nang since the Covid-19 outbreak several weeks ago.

The huge decline in the number of tourists, especially from China, could cause losses in tourism revenues of $7 billion in the first quarter, and could double to $15 billion if the outbreak persists in Q2, according to the Vietnam Tourism Advisory Board (TAB).

Tran Trong Kien, the TAB chairman, estimates the damage to last 6-12 months in some tourism subsectors. This is also expected to cause collateral damage for other industries.

Vietnam Airlines, Vietjet and the country’s three other airlines estimate that the suspension of Vietnam-China flights could cause losses of over VND10 trillion ($430.5 million).

The sector accounts for 26 percent of Vietnamese airlines’ international services. The epidemic has resulted in 640 flights a week between the two countries being canceled, or a loss of 400,000 passengers a month, according to the Civil Aviation Authority of Vietnam.

Duong Tri Thanh, the CEO of Vietnam Airlines, estimated his airline would lose $196 million if flights to China resume in July.

Manufacturing industries that depend on China for feedstock are also taking a hit.

Nguyen Xuan Duong, chairman of Hung Yen Garment Jsc in Hung Yen Province, said raw material stocks would run out by the end of this month since China has limited manufacturing and exports since the outbreak began.

The company is facing losses worth tens of millions of dollars and could fail to meet delivery deadlines, he said.

Textiles, one of Vietnam’s largest export industries, could see businesses close and people lose jobs if the shortage of materials persists after March, the Vietnam Textile and Apparel Association has warned.

Foreign companies, which accounted for almost 70 percent of Vietnam’s exports last year, are also struggling to source raw materials, according to a report by the Ministry of Planning and Investment.

It said Samsung, with four electronics plants in Vietnam, has hundreds of containers of components coming from China stuck at the border, and South Korean company’s sales could plummet by half this year if the situation continues.

Taiwanese Formosa’s steel plant in central Vietnam has not resumed normal operations since thousands of Chinese workers have been barred from entering Vietnam until February 15.

Many businesses are proposing rescue measures such as scrapping or reducing tax and extending their debt repayment periods, and the investment ministry will submit their proposals to the government.

As of Monday Covid-19 has infected 16 people in Vietnam and killed 1,775 globally.