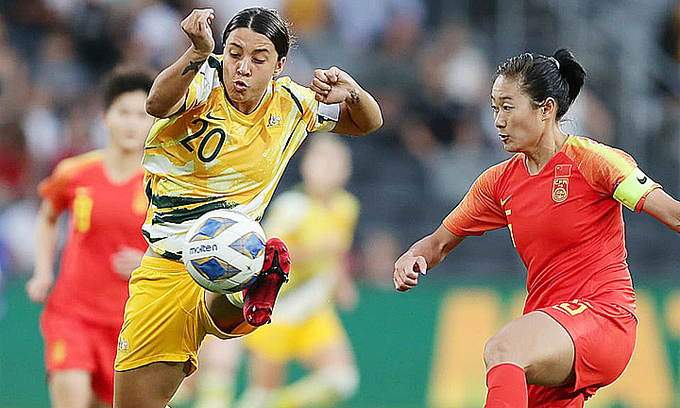 Australia scored deep into stoppage time to earn a 1-1 draw with China on Thursday, setting up a playoff against Vietnam for a place in the women’s football tournament at the Tokyo Olympics.

Emily Van Egmond capped a dramatic end to the game in the second minute of added time when she shot past Peng Shimeng after Tang Jiali looked to have earned China a win with her 86th-minute goal.

The result meant Australia finished top of Group B in Asia’s qualifying competition for Tokyo 2020 and advance to the playoffs alongside China, with the pair having already guaranteed they would take the top two spots ahead of Taiwan and Thailand.

South Korea won Group A earlier in the week, finishing above Vietnam, to set up a playoff clash with China. The Koreans will host the Chinese in the first leg on March 6 with the return on March 11.

Vietnam will take on Australia in the opening clash between the teams on March 6, before the return encounter five days later.

The winners of each playoff qualify for the Olympics, where they will join Japan, who were granted an automatic berth as tournament hosts.