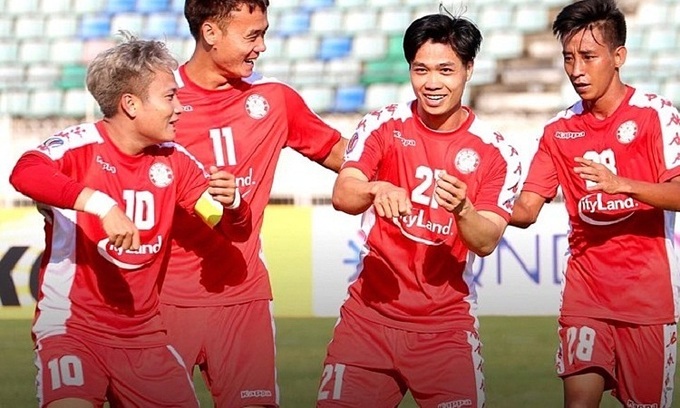 HCMC FC drew 2-2 against Yangon United in their first match of the AFC Cup in Myanmar Tuesday.

Though Yangon enjoyed more possession in the early minutes, they left gaps in the midfield and HCMC exploited it immediately.

Striker Amido Baldé, a new signing for the Vietnamese club, dribbled all the way from midfield to the penalty area, but shot feebly.

A few minutes later center-back Papé Diakité got a chance but headed wide.

But HCMC did not have to wait for long for the first goal. A quick free kick in the 12th minute saw Ngo Tung Quoc sprint down the right and cross to Baldé, who this time did not miss and scored with an accurate header.

Yangon equalized within four minutes as striker Emmanuel Uzochukwu headed the ball in from a corner.

Two minutes later they got the second when Maung Maung Lwin found the net with a scorcher from 30 m out.

HCMC went on the attack looking for the equalizer, but often lacked composure.

Another new signing, Nguyen Cong Phuong, was expected to do well but often lost possession on the dribble.

It took until a few minutes before halftime for him to make a mark. He moved intelligently into the box, timed his run perfectly to receive a cross from Pham Cong Hien and headed the ball in.

Both teams slowed the pace down in the second half and created some chances. Yangon almost scored when Zin Min Tun tapped in from close range, but he sent the ball high. Ten minutes later Uzochukwu beat the offside trap and took a shot but it went wide.

The draw is unlikely to have a bearing on the final outcome since the other two teams in group F, Hougang United of Hong Kong and Lao Toyota of Laos, are considered weak. 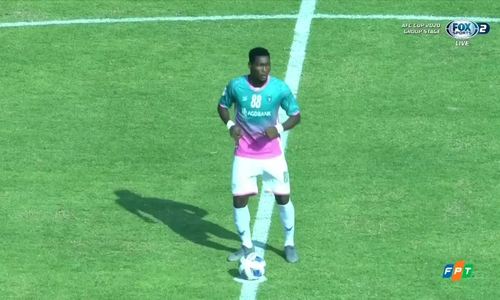