In the third minute, forward Andre Fagan hit the head of Bali’s centre-back Andhika Wijaya with his foot in an attempt to wrest control of the ball. Wijaya collapsed on the field with a bleeding head and was rushed to hospital. Fagan got the red card for his dangerous foul.

It was 10-man Quang Ninh, however, who scored the first goal from a counter attack, with striker Jeremie Lynch dribbling past a defender and finishing without fuss.

Quang Ninh almost got a second goal towards the end of the first half. It was Lynch in action again, but he could not get this one past goalkeeper Nadeo Argawinata.

This was also the last chance Quang Ninh saw in this game. They didn’t have enough strength to counter Bali’s attacks. A minute into the second half, Bali equalized with a goal by Muhammad Rahmat, and just four minutes later, Melvin Platje tapped the ball in from a quickly taken freekick to make it 2-1.

After conceding the second goal, Quang Ninh let their guard down and went on the offensive, a tactic that did not pay off.

Duong Thanh Hao got a handball in the box in the 73rd minute and Lljia Spasojevic made no mistake from the spot. For minutes later, Platje made it a personal brace with an accurate header, securing an emphatic 4-1 win for the Indonesian club at the Wayan Dipta Stadium in Bali.

Also on Tuesday, another Vietnamese club, HCMC, earned a 2-2 draw against Yangon United in Myanmar. 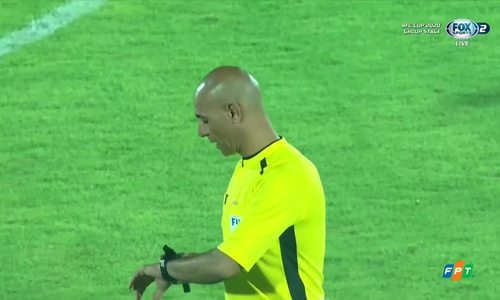