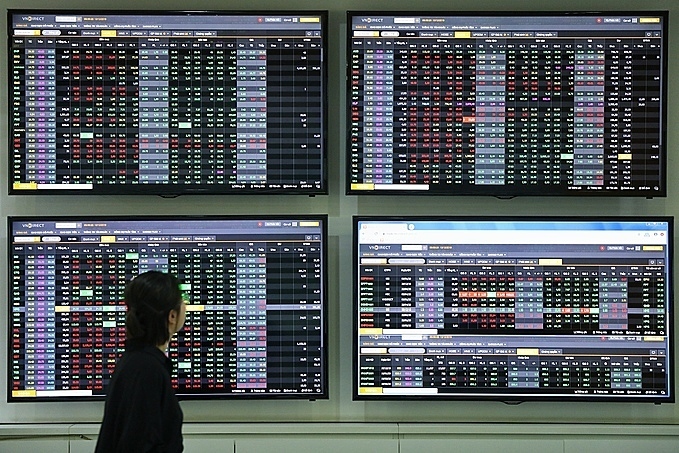 Ho Chi Minh Stock Exchange (HoSE), on which VN-Index is based, saw a fairly balanced session with 155 gaining stocks and 163 losing stocks.

Order-matched transactions rose slightly over the previous session to VND2.1 trillion ($90.77 million), but was much lower than the VND2.8 trillion ($121.06 million) average the previous month.

VN30-Index for Vietnam’s 30 biggest market caps gained 0.34 percent, with 11 tickers gaining and 13 losing. However, all stocks in red fell 1 percent each at most, while three in green rose above 2 percent.

ROS shares of real estate developer FLC Faros ended its 9-session streak as the biggest losing stock in the market in the past fortnight, having risen 6.6 percent, its ceiling price. The stock has lost over 40 percent since Christmas.

It was followed by HPG of leading steelmaker Hoa Phat Group, which rose 3.1 percent, and VPB of private mid-sized lender VPBank, up 2.7 percent.

CTG of VietinBank, one of the three largest state-owned banks in Vietnam, gained 1.3 percent, while stocks of the other two: BID of BIDV, and VCB of Vietcombank retained their opening prices.

In the opposite direction, STB of private lender Sacombank and BVH of insurance giant Bao Viet led losses, both having shed 1 percent.

They were followed by DPM of state-owned PetroVietnam Fertilizer & Chemicals Corporation, down 0.8 percent, MSN of food conglomerate Masan Group with 0.7 percent, and MWG of electronics retailer Mobile World with 0.5 percent.

Foreign investors were net buyers for the fourth consecutive session, with a net purchase value of VND275 billion ($11.89 million) on HoSE. Buying power was mostly focused on CTG of VietinBank, and VNM of Vietnam’s biggest dairy firm Vinamilk.