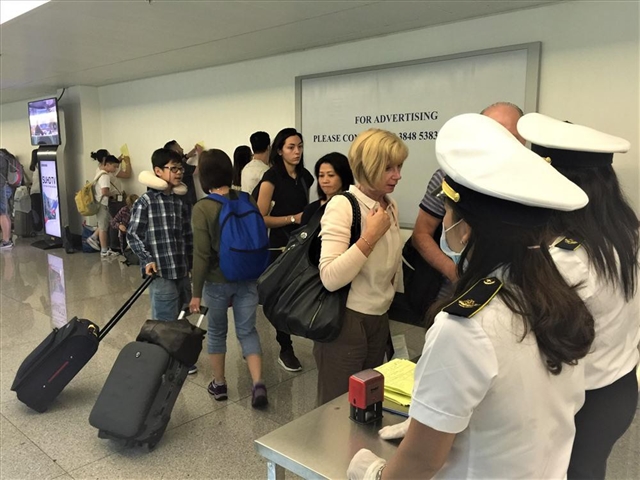 Although no cases of the virus have been detected in Việt Nam so far, there was a high risk that the coronavirus would enter the country due to growing numbers of people travelling for the Lunar New Year, it said.

The centre, which comes under the Ministry of Health’s Preventive Medicine Department, said it would work closely with the World Health Organisation and international health organisations to monitor the development of the new strain of coronavirus.

Inspections at border gates would be enhanced, including monitoring the health of all passengers travelling to and from Wuhan in central China.

Five remote body temperature scanners have been installed to monitor tourists, and a separate counter has been set up for those arriving from Wuhan.

Khánh Hoà Province is a popular destination among Chinese tourists. It led the way by welcoming two million Chinese tourists in the first nine months of last year, the Vietnam National Administration of Tourism estimated.

The Ministry of Health on Sunday released advice for people on how to protect themselves from the virus by warning them to limit contact with people suffering from acute respiratory infections.

If necessary, people should wear a surgical mask and keep their distance.

People were also advised to keep warm, maintain personal hygiene, wash their hands with soap and gargle with antiseptic mouthwash to prevent pneumonia, the ministry said.

The ministry also recommended people cover their mouths and noses when coughing or sneezing, preferably with a cloth or handkerchief, to reduce the spread of respiratory secretions, as well as limit close contact with animals or wildlife.

The move came after the ministry said that Wuhan – the capital of Hubei Province – had admitted 59 people to hospital with an unidentified form of pneumonia, including one fatality, as of January 10.

One of Wuhan’s largest meat and seafood markets was pinpointed as the centre of the outbreak and was shut down on January 1. The man who died was a customer there.

All cases have been recorded in Wuhan. There is no clear evidence of human-to-human transmission so far and there have been no recorded cases of medical workers falling ill.

The ministry also said that people who had returned from Wuhan, or had close contact with a person with pneumonia, in the city in the last 14 days should visit the nearest health centre for examination and treatment if they showed signs of fever, coughing or shortness of breath. VNS