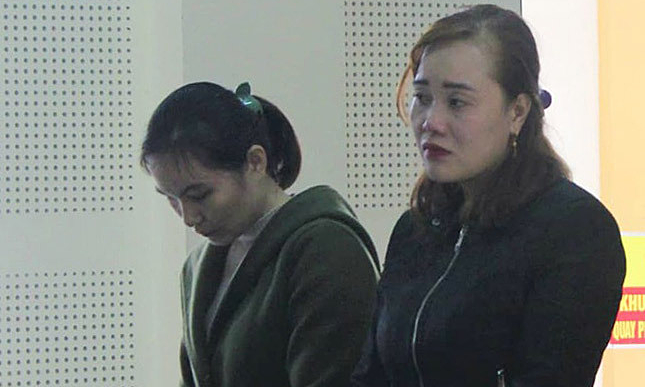 Two women in the central Nghe An Province were sentenced to 10 years in jail each on Monday for human trafficking.

The two unidentified girls had asked Thanh to take them to China for work. But she and Khay contacted Vi Thi Hue, a local who had moved to China, and told her they had found brides for selling in that country and trafficked the two girls.

Seven years later the two girls managed to escape back to Vietnam and reported to the police.

Besides their jail sentences, Thanh and Khay also have to pay VND25 million to each of girls’ families as compensation, the court said.

Vietnam is a human trafficking hotspot with the crime worth tens of billions of dollars annually, according to the Ministry of Public Security.

The country has recorded over 3,400 victims of human trafficking since 2013, over 90 percent of them women, children and people from ethnic minority communities.

Eighty percent of victims end up in China, which suffers from one of the worst gender imbalances due to its one-child policy and illegal abortion of female fetuses by parents who preferred sons, leading to increasing trafficking of Vietnamese women and baby girls to that country.