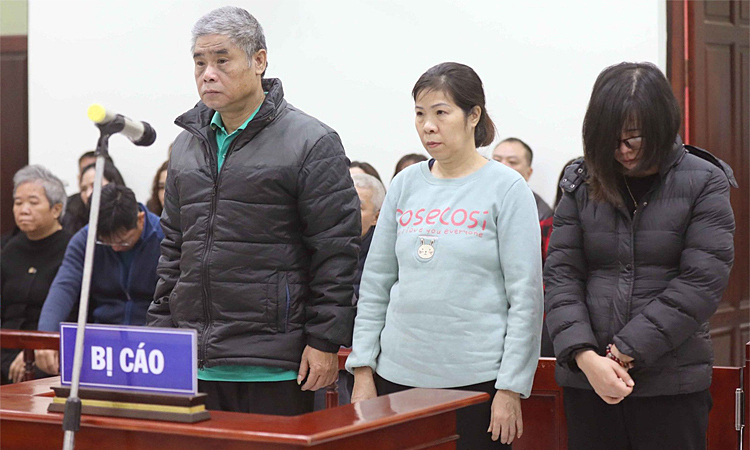 Both were found guilty of involuntary manslaughter in the death of Le Hoang Long, a student of the Gateway International School.

Nguyen Thi Thuy, 29, Long’s head teacher, got one year in jail for negligence that results in serious consequences. The court also banned her from teaching for a year.

The court found that each defendant’s individual acts had led to the boy’s death.

The incident started with Quy failing to check the attendance of the students in the bus. Phien then did not scan the passenger seats before leaving.

Thuy, on the other hand, knew Long hadn’t come to class and there was no prior notice from his parents, but she did not notify them of his absence.

The court said the school “did not strictly monitor” its system despite the fact it has issued administrative operation procedures.

Quy logged in her shift record at Gateway’s administration room saying she had picked up and brought the 13 students to the school, but Long was absent from his class.

Thuy filed in the school’s only management system that the student’s absence was approved but Gateway staff did not verify this information.

The indictment said that Duong Thi Hoai Anh, Gateway’s principal, was on sick leave during the incident so she was exempt from liability in the case.

At 8 a.m., after arriving at school, Quy let the students out without checking their number. Driver Phien then drove the bus to a parking lot, and locked the bus without checking whether any student was left inside.

At 3:45 p.m., after the bus was driven back to the school to take students home, Quy discovered Long lying motionless on the bus floor behind the driver’s seat. He was pronounced dead at the hospital.

His death was caused by “heat stroke” and “respiratory failure” and no influence of external forces or diseases was seen, a forensic report said.