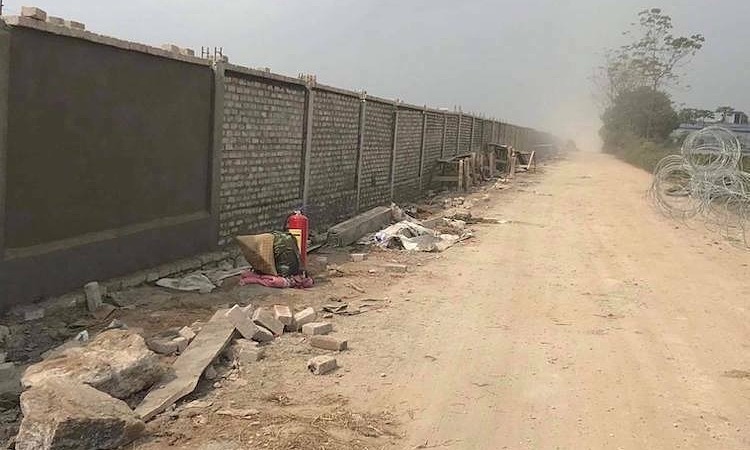 The Ministry of Public Security had deployed its personnel and entered Dong Tam Commune in Hanoi suburbs at 4 a.m. last Thursday to “promptly protect the people” from threats made by protestors, deputy minister Luong Tam Quang told the press Tuesday.

He was referring to the clash that took place in Dong Tam Commune, My Duc District, 40 km (25 miles) south of the capital. The ministry said it left three police officers and a civilian dead.

Security in Dong Tam had become particularly “complicated” since July 2017 after local government inspectors announced that a disputed land area in Dong Tam had always belonged to the military and continued work on the Mieu Mon military airport, Quang said.

He said a “consensus” group headed by Le Dinh Kinh, who died in Thursday’s clash, protested the conclusions, declaring they were “ready to sacrifice, shed blood to preserve land, and oppose the construction of fences” at the airport.

Kinh, 84, has been determined to be the mastermind behind the acts of causing disturbance and resisting the authorities over the long-standing land dispute.

On December 31, some units of the Ministry of National Defense, in collaboration with local authorities, began building a fence for the Mieu Mon airport, which covers more than 236 hectares in communes of: My Luong, Tran Phu, Dong Lac in Chuong My District and Dong Tam in My Duc District.

To oppose this, some people in the “consensus group” in Dong Tam Commune stopped the truck carrying materials to the site, Quang said.

He said the protestors took off their clothes and stood naked in the middle of the road. They set up tents, sent people to guard the door of Mieu Mon training area, threatened to bomb the Mieu Mon petrol station and communal chairman’s home, and also threatened to kidnap the elderly and children.

Starting in the small hours of Thursday morning, police officers set up security points around Dong Tam as construction of the fence continued.

The deputy minister said that while on duty at the gate of Hoanh village, three grenades, Molotov cocktails and knives were lobbed or thrown at police officers. When the police gave chase, more than 20 people ran into the adjacent houses of Kinh and his relatives, and began throwing gasoline bottles from the second and third floors.

While a group of three policemen headed by Colonel Nguyen Huy Thinh chased the protestors, they fell into a four-meter-hole without cover and were doused with gasoline and burned to death under Kinh’s directions, the ministry officially announced.

Quang said authorities were forced to “suppress and fire warning shots.” In half an hour, police forces arrested more than 30 protestors and seized eight grenades, 38 petrol bombs, 12 iron rods, three boxes of flares, an electric gun, a sword and a hammer.

Kinh threw a grenade that did not explode, while one that he held in his other hand did, killing him, Quang said. No update has been released about a person injured in the clash.

Explaining the reason for deploying troops in the early morning, Quang said that the initial goal was to ensure safety of local residents and provide security as the fence was being built around the military airport. But when the protestors threatened extreme violence and arson, the police had to set up security points, preventing people from carrying weapons into the area.

The ministry is cooperating with relevant agencies to find out the source of weapons and explosives that protestors managed to compile, Quang said.

Some of the arrested have allegedly admitted that the plan to attack police had been prepared beforehand under the guidance of Kinh.

According to the authorities, the Dong Tam dispute had been lingering for years and came to a boil in February 2017, when military-owned telecom giant Viettel started work on building the airport.

While villagers said it was their agricultural land on which they had paid taxes and other dues, officials insisted that the land belonged to the military.

Upset villagers then took 38 police officers and government officials hostage in a communal house to protest work on the military airport.

The standoff was resolved a week later, when Hanoi Chairman Nguyen Duc Chung visited the village and negotiated with the locals to obtain the release of the officials.

In early July 2017, local government inspectors announced that the land in Dong Tam has always belonged to the military. The inspectors also asked Hanoi police to work with the defense ministry to punish individuals for wrongful management and use of military land. The inspectors’ conclusions were not accepted by those involved in the dispute.