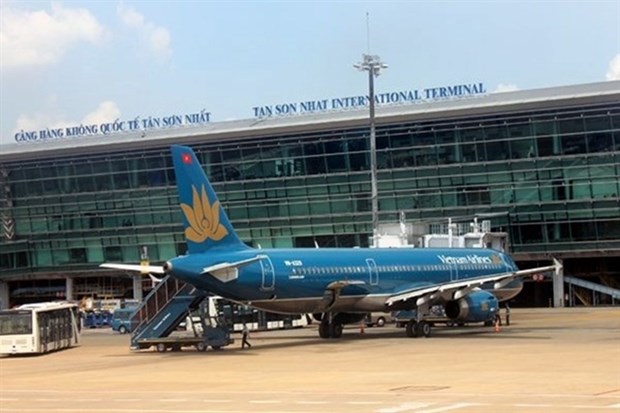 Tan Son Nhat International Airport would be expanded to be able to receive 50 million passengers per year. (Photo: vietnambiz.vn)

In a document recently sent to the Ministry of Planning and Investment, Dung asked the ministry to clarify capital sources for the construction of the Tan Son Nhat Airport’s T3 Terminal.

He stressed that the government would not provide capital for the terminal’s construction.

In addition, Dung urged the ministry to verify the legality of the project to submit it to the Prime Minister for approval.

Previously, the Ministry of Planning and Investment asked Prime Minister Nguyen Xuan Phuc that the Airports Corporation of Vietnam (ACV) be the project’s investor.

Under the ministry’s initial proposal, the T3 Terminal would be designed with a capacity of receiving 20 million passengers per year, would cover 16.05 hectares and have estimated total capital of 10.99 trillion VND (474 million USD), 440 billion VND lower than the ACV’s proposal.

The ACV would still need to calculate the capital sum for the project carefully to ensure investment efficiency, the ministry said.

The ministry also said the goal of completing the project within 37 months was not feasible.

The ministry said that as the Tan Son Nhat International Airport was severely overloaded, it was necessary to build the T3 Terminal to bring the total capacity of the airport to 50 million passengers per year./.