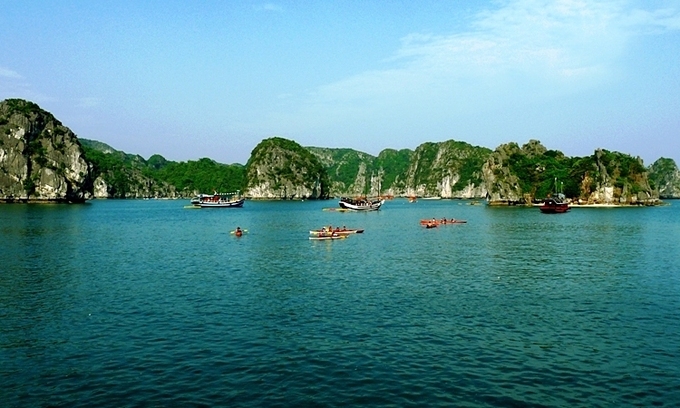 Hai Phong City’s Lan Ha Bay will be a member of the Most Beautiful Bays in the World (MBBW) club starting May 2020.

According to the Hai Phong People’s Committee, MBBW sent its letter of inclusion on January 26. MBBW President-elect Michel Bujold said that the board of directors had approved the appraisal report and received a 100 percent vote in agreement to Lan Ha Bay.

MBBW will award the certificate to Lan Ha Bay early May, on the occasion of the 2020 Hoa Phuong Do (Red Flamboyant Flower) Festival and the 65th Anniversary of Hai Phong Liberation Day.

Nguyen Van Tung, Hai Phong Chairman, said the recognition was a good opportunity for the city to introduce and promote Lan Ha Bay to domestic and international tourists.

Lan Ha Bay, relatively unknown sister of the world-famous Ha Long Bay, is located to the east of Cat Ba Islands in the northern coastal city of Hai Phong. The 7,000-hectare wide bay is home to around 400 islands of all shapes. Unlike Ha Long, all islands in Lan Ha Bay are covered with trees and other vegetation.

In recent years, the bay has emerged as an attractive tourist destination.

The MBBW club was launched in 1996 with the concept of bringing together the most beautiful bays in the world. It has since expanded to include bays in 27 countries and regions.