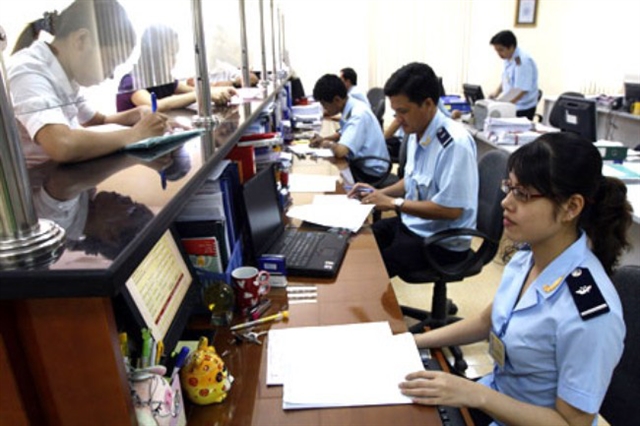 The HCM City Department of Customs has been given a target of collecting VNĐ115 trillion worth of import-export tariffs this year. VNS Photo Văn Châu

HCM CITY – The HCM City Department of Customs wants to surpass its tariff revenue target by 3-5 per cent this year.

Speaking at a review meeting on January 13, Đinh Ngọc Thắng, its director, said revenues last year had been VNĐ119 trillion (US$5.24 billion), and this year the city has set a target of only VNĐ115 trillion (US$5.064 billion).

But with several free trade agreements (FTAs) coming into effect, many tariff lines have fallen to zero, and so even this target would not be easy, he said.

More FTAs are set to come into being.

But the department seeks to go well past the target by effecting administrative reform and modernising customs procedures, including by using automated systems at seaports and airports.

It will assign specific tasks to each unit, setting criteria and deadlines for completion.

Deputy Minister of Finance Vũ Thị Mai praised the efforts made by the department last year and called on it to draft measures soon to accomplish or surpass its target.

The measures should help combat smuggling and trade fraud, enhance inspections after customs clearance, collect tax debts, and others, she said.