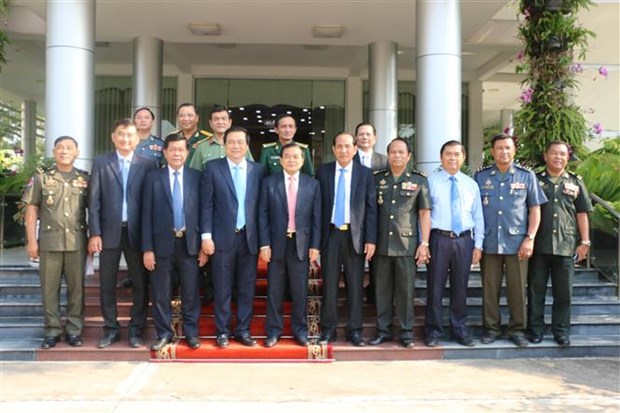 Officials of Long An and Cambodia’s Svay Rieng pose for a photo. (Photo: VNA)

Long An (VNA) – Governors of Cambodia’s Svay Rieng and Prey Veng provinces on January 14
visited neighbouring Long An province of Vietnam to extend Lunar New Year greetings to local people
as the Year of the Rat is
approaching.

They spoke highly spoke of achievements Long An obtained last year, saying they wish for the closer solidarity and friendship between Vietnam and Cambodia and the border provinces in particularly.

Chairman of the Long An People’s Committee Tran Van Can thanked the two governors for their gesture, saying he expects the three provinces will cooperate more effectively in 2020 and beyond, particularly in fostering border trade and services, and speeding up demarcating borderline and planting border markers in order to build and maintain the shared border of peace, friendship and cooperation for mutual development.