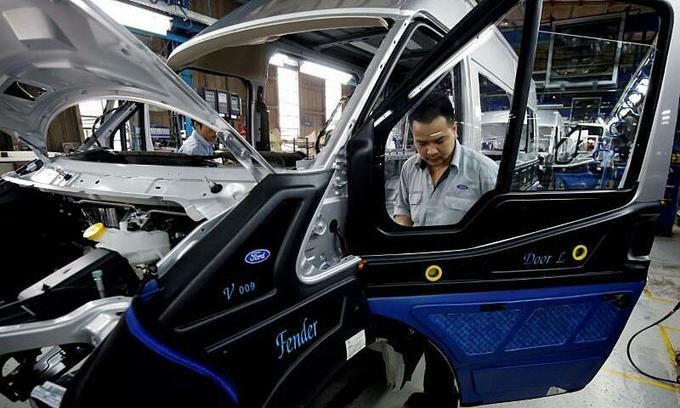 Ford Motor Co (F.N.) said on Tuesday it is investing $82 million to expand its plant in northern Vietnam to boost production capacity.

Ford Vietnam, established in 1995, said the expanded factory would boost the U.S. automaker’s annual capacity in Vietnam to 40,000 vehicles from current volume of 14,000 units per year.

The additional investment, which will bring the company’s total investments in Vietnam to more than $200 million, will come in two stages over a two-year period starting this year.