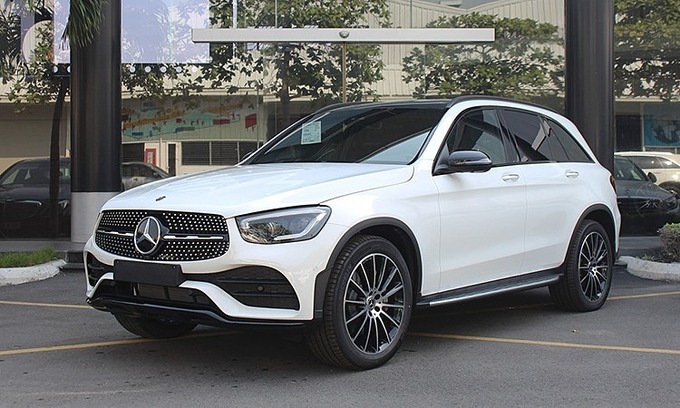 A Mercedes-Benz GLC 300 imported to Vietnam. Photo by VnExpress/Thanh Nhan.

Sales of luxury cars in Vietnam surged in 2019 with the rich showing greater preference for premium vehicles in a fast-growing economy.

Mercedes-Benz sold the highest number of luxury cars at 6,800 units, up 8 percent from 2018, according to data acquired by VnExpress.

The imported crossover SUV Mercedes-Benz GLC 300, priced at VND2.56 billion ($110,600), was the best-seller, accounting for 40 percent of the number of units sold by the German brand.

With 20 models, many assembled in Vietnam, Mercedes-Benz created sales gap with the rest of the luxury market.

Sales of the only Asian luxury brand rose after plummeting in 2018 due to a government decree limiting car imports.

Sources said most other German brands like Porsche and BMW recorded increasing sales. Audi was the only brand with decreasing sales due to import challenges, a representative confirmed.

Auto sales in Vietnam last year rose 11.6 percent from 2018 to 322,322 units, with 58.8 percent of them locally-assembled, according to Vietnam Automobile Manufacturers Association.