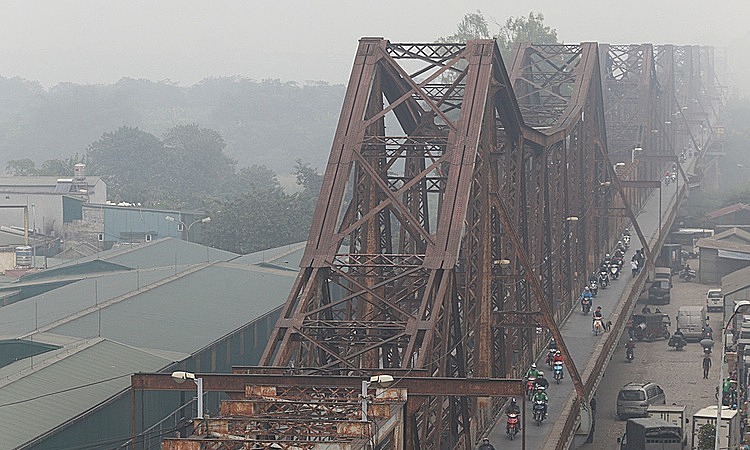 The losses range from direct one such as the cost for a health check or air purifier, to long-term damage such as fatalities due to air pollution, impact on work productivity and on Vietnam’s image in the international community.

Roughly 50,000 Vietnamese died per year due to air pollution, three times the number of those who succumbed to traffic accidents, he said, adding his department has been studying air pollution impacts across Vietnam for 10 years.

Truong holds there are three main causes of air pollution in Vietnam.

First, energy is used inefficiently. From 2006 to 2014, energy usage in Vietnam rose by 12-13 percent yearly, only to raise economic growth by 6.5 percent, which is in dire need of improvement.

Fossil fuel still acounts for 90 percent of fuel use in Vietnam. Particularly, coal accounts for 36 percent and the demand is increasing, the university found.

Third, with low labor quality and the influence of foreign direct investments, the country has become a destination for low-paying, polluting industries from developed nations.

“Vietnam has been dubbed the FDI pollution paradise,” said Truong.

Air pollution results from economic activity, therefore, to lower pollution, efficiently regulating the economy is vital, said Professor Tran Tho Dat, President of the National Economics University.It is a perpetual issue in Vietnam’s biggest cities HCMC and Hanoi, with heightened levels of pollutants and smog in recent months.

Prolonged air pollution can lower foreign companies’ investment in Vietnam and cause damage worth 5 percent to the nation’s GDP, said Miura Nobufumi, chairman of Japanese Chamber of Commerce and Industry in Vietnam at a conference last Friday.