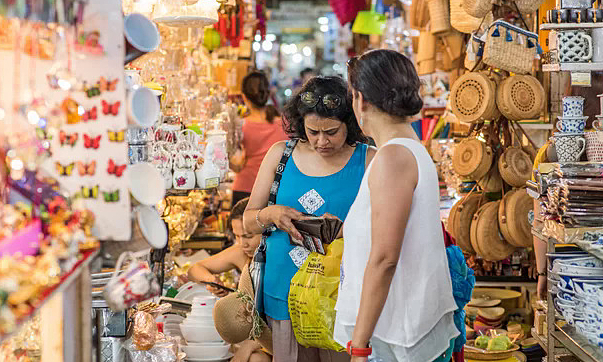 Application of technology and data collection were mentioned at the recent Vietnam Tourism and Travel Summit as game-changers for the country’s tourism and its lost potential.

“With millions of incoming visitors and a colossal lack of trained professionals, we can no longer operate manually,” said Vu The Binh, vice president of Vietnam Tourism Association.

Given the two-digit growth experienced in tourism over the past few years, staff demand is at a premium. However, training and employing more professionals cannot placate the equation. Hiccups with booking and visa services remain, ebbing the overall traveling experience.

With limited, scattered information the tourist return rate is calculated at 10 to 40 percent for Vietnam, relatively low next to Thailand and Singapore boasting 60-70 percent, according to the association.

Despite the low rate, tourist companies fight reform due to their limited awareness and cost concerns. “There is visible hesitation amongst companies to digitilize, which must be addressed to strengthen the sector,” Nguyen Chi Thanh, president of Toan Dung Media JSC, said.

He noted provinces like Hue and Quang Nam have indeed made strides and adapted technology to facilitate certain operations. Still, compared to regional peers, Vietnam’s development of a tech-savvy tourism industry lags.

Thanh called on enterprises to embrace technology as a cornerstone of business, suggesting a review of online booking systems to create a cohesive, all-inclusive user platform.

Another point made at the conference focused on the somewhat cumbersome visa policy and how this procedure too, could be simplified using tech. As to insufficient staff at travel destinations, automation could well serve as a viable option.

Artificial intelligence and facial recognition were presented as benificial to both private and public sectors. “Businesses such as hotels could use facial tech to simultaneously increase security, prevent crime, and produce tailored services,” Thanh noted.

The number of foreigners visiting Vietnam in the first 11 months of this year is estimated at 16.3 million, an all-time high and up 15.3 percent year-on-year, official data shows.

The Vietnam Travel and Tourism Summit 2019 was organized by the Department for Private Sector Development Studies under the Prime Minister’s Office, the Ministry of Culture, Sports and Tourism, the Tourism Advisory Board (TAB), and VnExpress.